Big Cork takes the Cup
Meritage 2017 is Best in Show 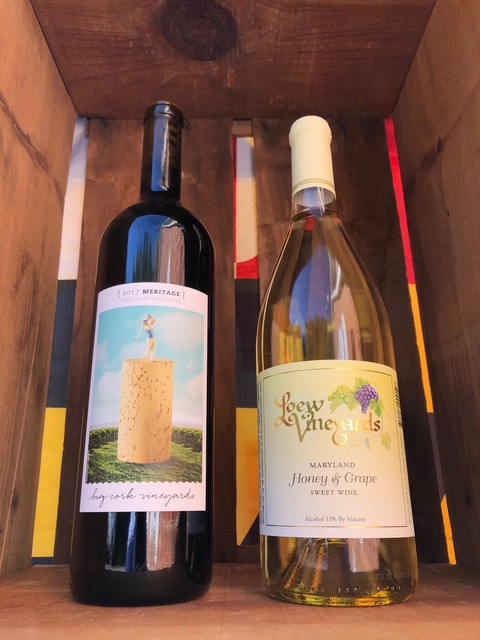 Vineyards–which account for nearly 1,000 acres throughout the state–along with the wineries that use those grapes are a strong economic driver in Maryland, said Governor Larry Hogan. “Our state couldn’t be more proud of our wine producers and our entire agricultural community,” he said. “This competition brings together the best of the best among Maryland-produced wines.”

After earning three gold medals and two “Best in Class” awards at this year’s competition, Big Cork Vineyards earned the highest honor, “Best in Show,” for its Meritage 2017. Made with Maryland-grown merlot, malbec, cabernet franc, and petit verdot, this red blend features intense aromas and rich flavors and is considered a great wine for autumn sipping.

The announcement of the Governor’s Cup win comes on the heels of a busy and exciting summer. This past June, one of Big Cork’s best-selling, award-winning wines, Russian Kiss, was featured at the Russian embassy during a celebration of Russian Day. Dignitaries enjoyed the wine, made from three Russian grape varieties brought to the United States more than 50 years ago.

This is the second Governor’s Cup win for Big Cork since it opened in 2015. “With every passing year, the number of quality Maryland wines increases,” said Big Cork Vineyard’s Dave Collins. “It’s an honor to be ranked among the many fine winemakers in Maryland.”