Welcome to Maryland Sip and Savor, a magazine that will take you on a spirited adventure throughout Maryland. We tell stories about local growers, artisans and chefs, and offer ideas for those who want to make stories of their own. Maryland Sip and Savor will inspire you to experience the state’s award-winning beverages and distinctive food – from the Eastern Shore to Cumberland, from St. Mary’s City to Baltimore and beyond – and to have some fun along the way.

Beth, Principal Partner of Custom Media Options, LLC has more than 23 years experience as a leader in Sales, Marketing, Editorial, Design and New Business Development. Beth enjoys being a creative problem solver, committed to profits and new business and has developed hundreds of award-winning publications over the years. Her intellect and vision contributed greatly to many companies’ financial success.

Beth earned her Bachelor of Science Marketing Major/Mass Communications Minor from Towson University. Over the years she has served on several local committees. Beth lives in Howard County with her husband, two boys and her Goldendoodle Sadie. Beth enjoys cooking, traveling, kickboxing and watching her boys play travel soccer.
bditman@custommediaoptions.com

Dotty, Principal Partner of Custom Media Options, LLC has 25 plus years of marketing, brand management, new business development, and creating niche publications. Dotty’s greatest strengths are her creativity, partnership development, and project management. Dotty holds a BS and MBA from the University of Baltimore.  She lives in Columbia, Maryland which has been her hometown since 1969.  As an active member in the community, Dotty has served on numerous boards and committees – including the Howard County Early Childhood Advisory Committee, Red Branch Theatre, Community Foundation of Howard County, Humanim Inc. In her free time, Dotty likes traveling, reading a good book, exercising and spending time with friends and family.
ddoub@custommediaoptions.com 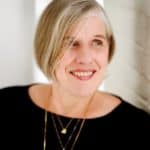 Martha, editor of Maryland Sip & Savor magazine, has worked for many publications as writer and editor. She grew up in New Hampshire, where her family ate produce from their garden and maple syrup from their trees, meat, eggs and raw milk from nearby farms. (No, her parents were far from hippies, more like conservative in the outmoded definition of the term.) After living in Minneapolis and New York City, Martha came to Maryland in 2000, where she has written about food and drink for such local publications as Urbanite, Baltimore magazine, Baltimore Style, Zagat and The Washington Post. Her work has also appeared in regional and national magazines including Architectural Digest, TimeOut New York, Travel & Leisure and AARP. She has worked with Custom Media options since 2011 as editor of Her Mind magazine, overseeing its growth to a quarterly as well as its transition from Woman to Woman to Her Mind.

Martha began her career with alternative weekly newspapers including The New Hampshire Times and City Pages in Minneapolis. In New York she worked for the New York Times Custom Publishing Group as founding editor of a magazine for the Four Seasons Hotels, winning the top editorial prize from Folio: magazine in the custom publishing category.

Martha is delighted to be part of this lively new publication, Sip & Savor, and looks forward to sharing news about everything delicious in Maryland.
mthomas@custommediaoptions.com 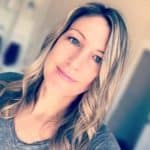 Melissa, art director of Maryland Sip & Savor magazine, began her career with a design internship at Philadelphia Magazine while attending Pennsylvania State University. After graduating, she refined her skills as a designer and art director at top Baltimore-Washington metro area design firms. In 2000, Melissa launched her own graphic design and branding firm, QueenBee Studio, which she continues to successfully operate today. Melissa has also served as an adjunct professor at American University, teaching undergraduate graphic design. Her award-winning work has been featured in Print Magazine, Graphis, The Art Directors Club, STEP Inside Design, Novum Magazine and has been published in LogoLounge books. Melissa has loved working with Custom Media Options since 2010 as art director of Her Mind magazine, and is beyond excited about this new adventure, Maryland Sip & Savor magazine. She currently resides with her husband, three kids and Great Dane in the Annapolis area, and is proud to call Maryland home for over 20 years now. Melissa can be found riding horses in her spare time.

With two decades of operational and project management experience including directories, resource guides, magazines and event publications, Bethanne Smith, project manager for Custom Media Options, has developed the knowledge and strategies needed for ensuring a top quality product. Born in Gambrills, MD and residing in Eldersburg, MD, Bethanne lives with her husband, daughter, son and menagerie of animals which includes donkeys, goats, dogs, cats and even a miniature pig. Bethanne has a BS in Business Administration from Towson University with a concentration in Marketing. Bethanne enjoys spending time with her family, horseback riding, running and volunteering with her dog, Dixie, as a certified pet therapy team.
bsmith@custommediaoptions.com

Emiko has spent her eleven year professional career as a graphic and advertising designer. She holds a Bachelor of Arts in Graphic Design from the University of Maryland Baltimore County. She has extensive experience in all phases of the design cycle, from client consultation through to publication. Her level of attention to detail and critical eye are integral to creating value for our customers. Emiko lives in Montgomery County with her husband, daughter and cat. She enjoys traveling, trying new food, yoga and playing tennis. 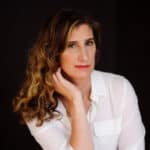 Mary’s 30-plus-year career with her camera has led her down many unique paths to capture the human condition and to tell compelling stories about current events. Her photojournalism experience included working with such publications as The Baltimore Sun and The Jewish Times, The Patriot News in Harrisburg, PA, and The Santa Rosa Press Democrat in California. Mary pursued her dream of entrepreneurship in 2005, as co-owner of Love Life Images, a successful wedding and portrait studio serving the DMV area. In 2012, Mary established a new studio in Baltimore, and soon after, changed the direction of her photography. Her business, ‘Elle by Mary Gardella Photography helps women entrepreneurs and executives transform their personal brands through exceptional imagery. In 2015, Mary became photo editor of Her Mind magazine, a leading women’s magazine in Howard County. She is happy to continue working with the Her Mind team on the new food adventure called Sip and Savor, and is excited about telling the stories of Maryland’s growers and makers.