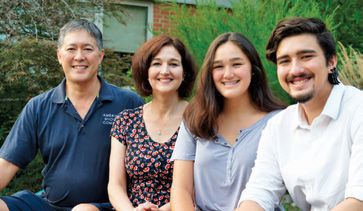 Shochu is the most popular spirit in Japan, but when Taka Amano explains the drink to curious folks here, his first step is to say what it isn’t.

First off, it’s not sake, Japan’s more-famous rice wine, says the owner of American Shochu Company in Frederick. In fact, the distilled Shochu (show-chew) has been outselling sake in Japan for more than a dozen years now. Amano’s brand, Umai!, is currently the shochu made in North America.

While the clear beverage is sometimes described as Asian vodka, its lower alcohol content and unique production process make it more than just another neutral spirit. And though there are similarities, it shouldn’t be confused with its Korean cousin soju. Even the feds that regulate alcohol production here don’t quite know what to make of it. “At some point, I’m sure we’ll be talking to the [Alcohol and Tobacco Tax and Trade Bureau] about creating a classification for shochu but right now we’re just in the specialty/ other category,” Amano says.

Amano was born in Yokohama, Japan’s second-largest city, and came to the University of North Carolina nearly 30 years ago. Earning a degree was the plan—meeting and marrying an American woman the bonus. Settling down here, Amano launched a biotech consulting business that had him flying to Japan monthly to help American companies negotiate the marketplace. He began to notice that a lot more shochu was being tipped back in his homeland.

“Shochu in Japan had been known to be a working-class, blue-collar drink,” Amano says. “It was really inexpensive and it was what you had if you couldn’t afford sake.” But about 15 years ago, he says, “People discovered that they like shochu in cocktails.” A new, artisanal appreciation was born for an erstwhile lowbrow drink. “I like to say there’s nothing cooler now in Japan than shochu and yet it hasn’t been popularized in the United States,” Amano adds.

Concluding that making alcoholic beverages is the “oldest biotech there is,” he and his wife, Lynn, jumped into the business of making shochu as cool in the states as it is in his home country. 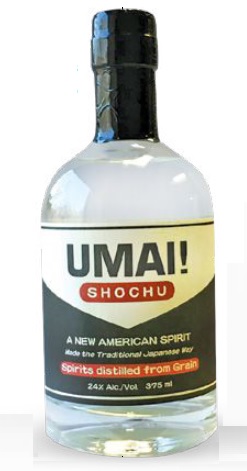 The spirit can be fashioned from a variety of staples, such as sweet potatoes, rice or buckwheat. Amano uses another popular main ingredient: organic barley. But while brewers and Scotchmakers begin with malted barley, the grain soaked in water and allowed to sprout as a means to convert starches into fermentable sugars, Shochu is made from unmalted pearl barley and employs what’s called a koji—the fungus Aspergillus luchuensis—to convert the starches. A similar process is used to make umami-rich soy sauce and miso. “It absolutely adds a flavor component,” Amano says. The cold fermentation process—koji first, then yeast once there is enough sugar for it to eat, can take anywhere from two to six weeks. It then gets a single run through a pot still and is bottled at 24 ABV (or 48 proof).

Pure, light and clean, shochu is a great accompaniment to a sushi dinner and mixes well in highball cocktails (called chuhai or ‘chew high’ in Japan). The liquor’s attributes also mean you’re less likely to be left with a morning-after head. “One of the urban legends in Japan is that shochu can knock you on your butt but you won’t get a hangover the next day,” Amano says. “And there’s a certain truth to that.”

American Shochu Company’s Umai! Shochu is available at many restaurants and liquor stores in Frederick and Montgomery counties. For a full list go to americanshochucompany.com. –Brennen Jensen