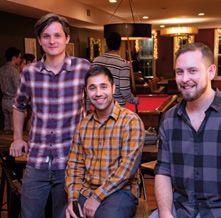 Mobtown Fermentation’s illustrated rabbit logo has been popping up on tap handles and bottles all over Maryland this year. That’s because in February the producers of the Wild Kombucha line traded in their 3,400-square-foot Lutherville production space for a 13,600-squarefoot brewery in northwest Baltimore.

With flavors like ginger-grapefruit and watermelon hops, Wild Kombucha has doubled in size each year since 2015. The new space, says Sid Sharma, who founded Mobtown Fermentation with Adam Bufano and Sergio Malarin in 2014, “allows us to continue to do so.”

The product is in high demand, with 14,000 bottles produced per week, a number expected to double by the end of the year.

Mobtown grew out of its owners’ desire to create approachable and affordable healthy products for the community. Its founders hope the new location helps further their goal.

Being in northwest Baltimore, says Sharma, “Will allow us to bring an organic food product to a food desert.” says Sharma. In addition to providing local manufacturing jobs (The team now totals 17 people.), the brand also supports the Chesapeake Bay Foundation with a percentage of its total sales.

Mobtown released its first non-Kombucha product, Wild Yerba Mate, in June. The beverage, made from an herb grown in South America, contains caffeine and is often sold as an energy drink. According to Sharma, yerba mate doesn’t lead to the crash that often follows too much coffee. “It’s a healthier option than cold packaged coffee drinks or energy drinks—those are packed with sugar,” he says. 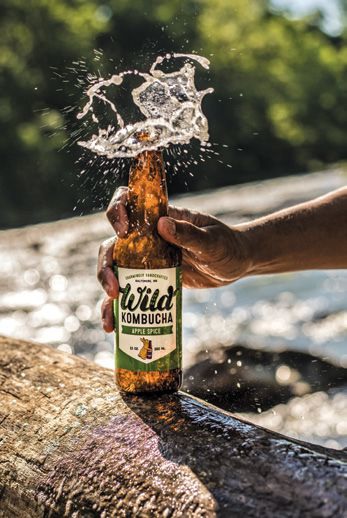 The product makes Mobtown the first producer of yerba mate in Maryland and one of a very small number in the country.

Expanding beyond kombucha was a natural progression for the brand, says Sharma. “Our mission is to create healthier alternatives to what’s in the market.” So instead of a soft drink, consider a kombucha. And if you’re looking for an energy drink, yerba mate comes with a kick. –Rebecca Kirkman