Make it a Meal

GETTING TO THE TAVERN

Blackwater Distilling was the first distillery to open in Maryland since 1972, Chris Cook, co-owner, tells me. He’s talking about their beginnings in 2008, before the seismic shift that craft distilling has seen since then. When Blackwater started production, there were only around 50 craft distilleries nationwide and most state legislation didn’t quite know how to handle them. Fast forward 11 years and there are well over 2,000 in the country with 33 in Maryland. Had it not been for the trailblazing of Blackwater, that road might have been a bit rockier for those who came behind. 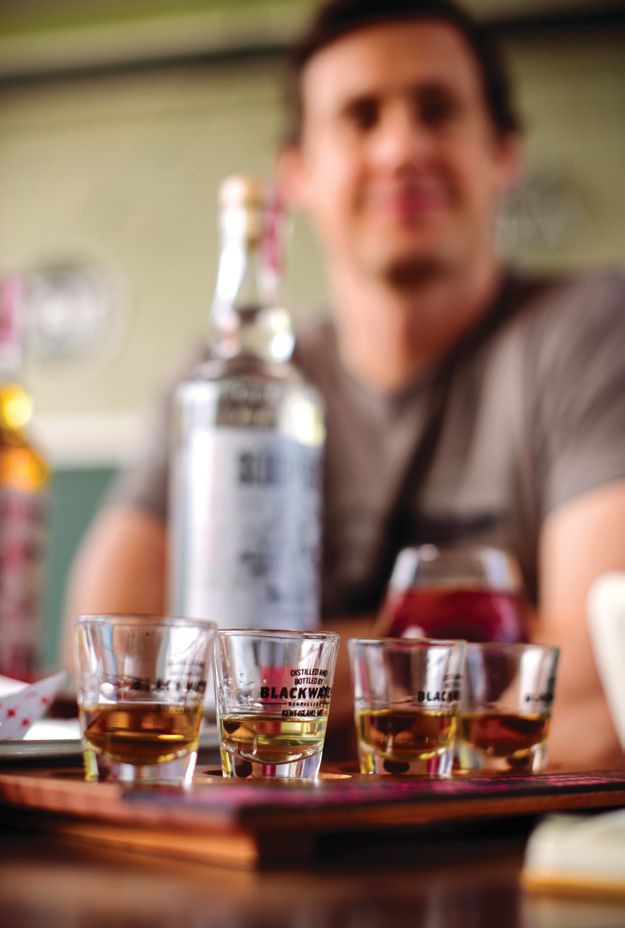 What started as a small vodka distillery on the Eastern Shore has now transformed into a production facility that brings 14 spirits to market (including three aged rums). And just up the road is the brand new Blackwater Distilling Tavern, which is now able to use those libations in creative cocktails such as a nitro white Russian (one of the best I’ve ever had) and spiked hibiscus tea served on draft. As Cook explains it, that transition was more than a learning experience; it required hard-fought changes in state and county laws that are still happening to this day. 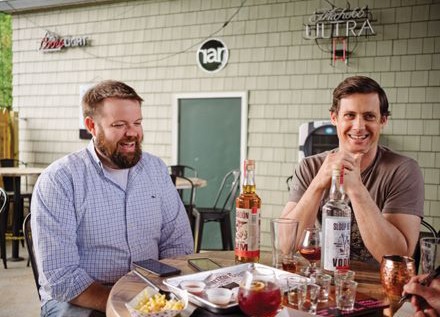 “The first thing we worked on was petitioning to change the Class 1 license to be able to serve tastings to visitors as well as sell our products on site,” Cook explains. “Prior to that all sales had to go through our distributor.”

While those changes may seem like a no-brainer in today’s current craft beer and distillery boom, they didn’t come to fruition until 2012, four years after they first fired up the copper still. Then in 2015, after Blackwater helped form the Maryland Distillers Guild as a means for advocacy, they were able to get the state to add a Class 9 license, which would allow for cocktails to be made on premises (Old Line is another beneficiary of said license with its Ready Room in Baltimore.). 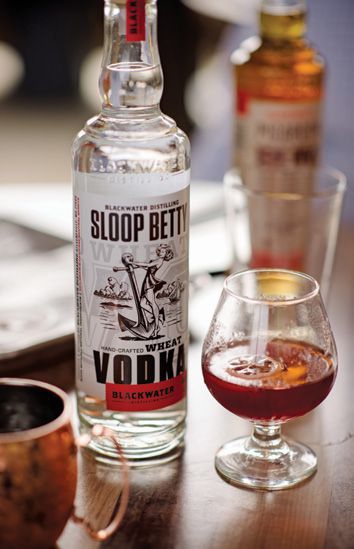 Blackwater’s award-winning Sloop Betty Vodka; and a flight of rum.

In 2017 the guild was able to get a provision added to the Class 1 license that allowed makers to sample and sell distilled products at farmer’s markets. And the latest win was the passing of major bills this year that allow existing Class 1 holders to get on-premises consumption permits, thus allowing them to serve cocktails at their distilleries—“a BIG deal for our industry,” says Kevin Atticks, executive director of the Distillers Guild who helped pass the legislation.

That’s all to say that the industry—and the state—has made great strides in the last 11 years to enable growth in Maryland’s distilling industry and to create more options for consumers. 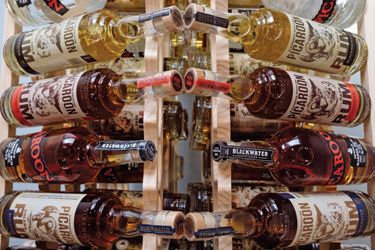 A rack of Blackwater rum and vodka available for purchase

Were it not for those changes, Cook and head distiller, Andy Keller, wouldn’t be sitting next to me in their fiveweek- old Blackwater Distillery Tavern, a slick new spot a stone’s throw from U.S. Route 50 right across the Bay Bridge in Stevensville. Keller tells me they hope the spot helps expand the brand, while teaching customers about the cocktails their products are capable of creating.

We’re sampling the 3-year-old solera-aged rum when Keller points out that the tavern not only allows them the flexibility to create a cocktail program (They have 16 on the menu and 14 beers on tap, all from breweries on “this side of the bridge.”) but also to create more obscure spirits. Previously, Keller explains, it would have been much tougher to sell these one-offs and experiments “by the pallet” to distributors, but now with a full-blown bar, they can sell smaller quantities directly to tavern customers. 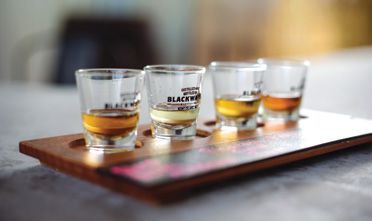 One of those obscure spirits is a rum liquor called Carypton that was originally produced in Trinidad but hasn’t been around (anywhere) since before prohibition. Keller became infatuated with the concoction after reading about it, and, after researching everything he could get his hands on and developing more than 100 separate recipe variations, he says, it’s ready to be released. There’s also a gin in the works and an eye down the road to potentially canning some of their cocktails for to-go sales.

Like many Maryland tasting rooms, the tavern also hosts a rotating cast of food trucks, including wood-fired pizza, burgers and, during our visit, barbecue from Smoke, Rattle and Roll—we highly recommend ordering the smoke-laden brisket tacos if you happen to catch them on a visit to Stevensville. 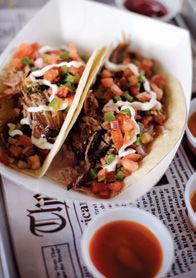 Beef and pork tacos from the new menu

Ultimately, the Blackwater partners are just hoping that the tavern becomes a hangout for locals—albeit with a focus on their products and fresh ingredients (The ginger for their Moscow mules and cocktails is juiced in-house.). Before the new license, says Cook, the company would have to hire a caterer and get special permits for a party or release. “Now with the tavern we hope to have events once a month, special rum tastings and special releases,” he says. “We don’t even know a third of what this new space will eventually do for us.”

Every stage of getting to the tavern introduced a new hurdle, says Cook. “Something that the state or county has never known how to deal with.” Even so, he adds, “The way I see it, every businesses’ job is to continually get better and we think the tavern is another extension of that.” 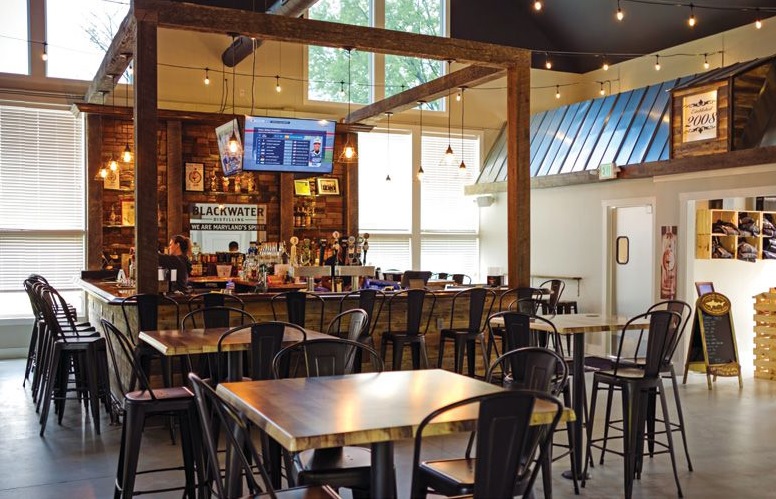 The newly opened restaurant and bar

FOR BLACKWATER DISTILLING, OPENING ITS NEW BAR WAS AN UPSTREAM SWIM