Learn how to make the most of your Maryland experience–from small and comfortable Hampden bars to funky farm-to-table restaurants, to elegant award-winning establishments run by some of Maryland’s most established chefs.  We will help you plan your craft beer, wine and spirits experience. 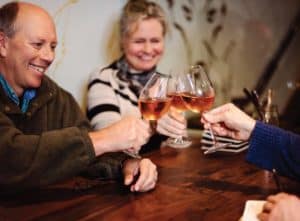 A Drink in the Den

Make It A Meal Ryan Detter A COZY ANNAPOLIS RESTAURANT IS THE PERFECT SPOT TO SIP THOUGHTFULLY CRAFTED WINE To talk to Polly Pittman and Tom Croghan, the co-owners of The Vineyards at Dodon, about winemaking and the property on which it’s done, is to quickly realize the love and attention to detail the married […] 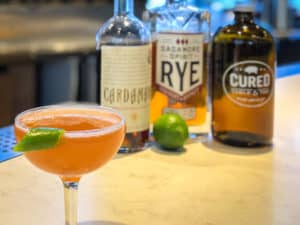 Cocktail of the Month

March: In Like a Lion By Stephen Wecker Cured and 18th & 21st This cocktail is a play on a classic Lion’s Tail, traditionally made with bourbon laced with allspice dram, lime juice and simple syrup, with a dash bitters. We lightened things up a little bit for the coming of spring by switching out […] 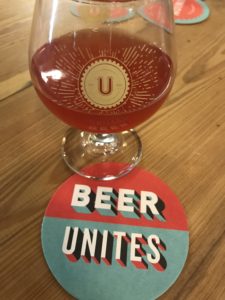 Newlyweds drinking, eating and playing in their own backyard  Union United by Megan DeMillo Union Craft Brewing has been around since 2011 and quickly became a favorite spot to hang out with friends when I moved to Baltimore. It wasn’t until I started dating my boyfriend (now husband), Chris, who was a big beer fan that […] 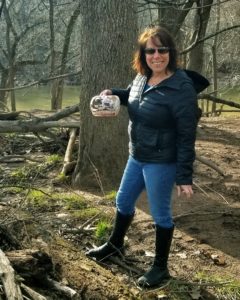 In February, a treasure popped up on my Facebook feed. It was notification of a five-course beer dinner at the Roasthouse Pub in Frederick. 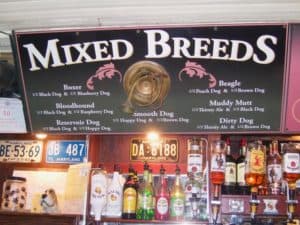 Tipping ‘em back and taking notes on the Maryland craft-beverage beat Two Beers, One Glass By Brennen Jensen Mixed drinks at a brewery taproom? No, I’m not talking Harvey Wallbangers or fuzzy navels. I’m referring to beer-on-beer action. I was at Waverly Brewing (my local) recently and overheard a woman ask for a fifty-fifty mix […] 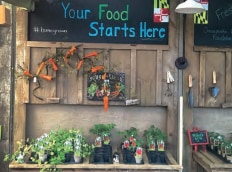 Now we’re talking: the sap’s running, dogs are scratching at the door and we get an extra hour of daylight to play at the end of the day. (spring ahead on the 10th). March means thinking about your garden, tuning up your road bike or booking your August beach rental.  PLANT A GARDEN Let go […] 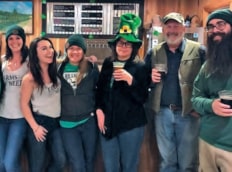 Celebrate the Apostle of Ireland by wearing green and swigging a stout– Maryland breweries have plenty on offer. March is also wine month in the Free State. You may as well start plotting your summer winery visits as the sun begins to warm the vines. CELEBRATE THE SAINT. ESCHEW GREEN BEER Green beer on March […] 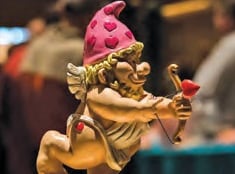 2.03 CRUNCH ON SUPERBOWL SUNDAY While not an established national holiday, Super Bowl Sunday might as well be added to the official calendar. And what’s game day without kick-butt, spicy finger foods like wings, nachos and nachos. And wings. Oh, there’s also Ocean City’s Fisher’s Popcorn. Fisher’s has been popping the stuff since 1937, and […] 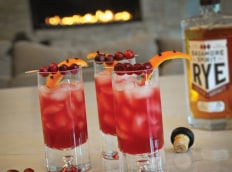 FALL BACK FIZZ Recipe by Lukas Smith This cocktail, using Maryland cider and spirits, will add a spicy kick to your holiday party. Garnish the drink festively, with clove-studded orange slices or peels. Apples also work well, especially if sprinkled with a little citric acid to arrest their tendency to brown. You can’t go wrong […] 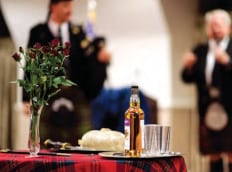 January: Toast the Bard of the Scots

01.25 TOAST THE BARD OF THE SCOTS Fans of the Scottish poet Robert Burns gather each January to mark the 18th-century scribe’s birthday with ceremonial Burns suppers. Pipes are played, speeches are read, haggis is consumed, and it should go without saying, toasts are made. Toasts with whiskey (If you’re Scottish, that’s whisky.), of course. […]