Robert Dettinburn opened his long-anticipated Dig Deep Brewing Co. last fall, and the joint is, well, jumping. On the ground floor of the historic Footer’s Dye Works Building along the Potomac River in Cumberland, Dig Deep’s soaring ceilings and open-air layout means views of the brewing process. Above the pinewood bar made by a local company, a 17-foot red canoe has been repurposed into a rustic chandelier. 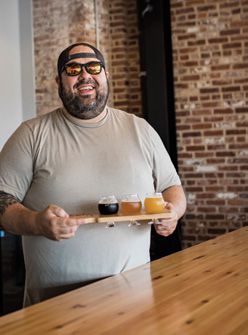 While for now Dig Deep is making ales and lagers, Dettinburn promises springtime sours. “We have much bigger plans for the future but are taking it one step at a time,” he says. “We’re enjoying the process and the people, with a laser focus on making better beer every day.”

The brewery missed a few of its anticipated opening dates, but Dettinburn says such challenges are expected in the industry.

After traveling around the U.S. visiting breweries and listening to live musicians, Dettinburn says, “I thought, ‘Why doesn’t Cumberland have this?’ So, I decided to try and do it myself.” 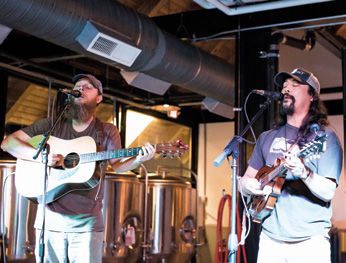 Since then, the place has been jumping with live bands and happy imbibers.

One of Dettinburn’s goals with Dig Deep is creating community. His motto, ‘Whatever you dig, dig deep,’ signals, he says, “that whatever you’re into, whatever your stance on whatever issue, you can come in and have a good beer and good conversation.” He hopes that guests will realize “we all have more in common than we do the converse.” Dettinburn wants Dig Deep to be a place for the community and those passing through to come together and enjoy a connection: connections to the area through his products, connections to the people who come in the door, and connections through the musicians who fill the space with their music and passion.

Dettinburn’s advice to the fledgling brewer? “Take your time, do your homework and talk to someone else who has already done it,” he says. “Leaning on the people who have ‘been there, done that’ will save you time, money, and heartache in the long run.”

While you’re in the area, check out 1812 Brewery, Charis Winery, and the coming Locust Post Brewery. 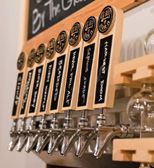