Is the honey-based beverage wine or beer?

Mead—known as the nectar of the gods, consumed from a horn by the mighty Vikings, and believed to be the most ancient of intoxicant libations—can trace its existence back more than 10,000 years.

Yet recently, the honey-based elixir has been going through an identity crisis. By definition, mead is an alcoholic beverage made by fermenting honey, water, and yeast. But with the recent explosion of craft mead, a question has many scratching their heads: Is it wine or beer?

Last year, Maryland answered the question by defining mead as, well, mead: a fermented alcoholic beverage consisting primarily of honey and water. But at the same time, 2019 Senate Bill 596 expanded the definition of beer to include mead. This is good news for Maryland’s craft mead makers as the legislation reduced excise taxes on the beverage.

Mead has long been referred to as “honey wine.” However, wine is fermented from the juice of a fruit like grapes—and honey is not a fruit. Beer, on the other hand, is usually made from the sugars of malted grain with added hops and brewed by slow fermentation. The sugars in mead are from honey, not from grain, so it’s not really beer either. 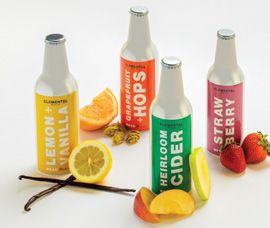 In the past, most Marylanders’ experience with mead was an ambrosial goblet of Linganore winery’s Medieval Mead—aka sweet honey wine—at the Maryland Renaissance Festival, and the terms mead and honey wine were used interchangeably.

In 2010, Orchid Cellar Meadery and Winery opened in Middletown, proffering complex meads that garnered international awards. But the mead continued to be referred to as honey wine. Orchid Cellar is currently a member of the Maryland Wineries Association, says Dan Kennedy, sales and marketing manager. Its classic meads, with a mouth feel similar to wine, appeal to wine drinkers, he says.

The perception and definition of mead is evolving as Maryland’s craft mead industry grows. Charm City Meadworks in Baltimore, which opened in 2014, and Hyattsville’s Maryland Meadworks, opened in late 2018, only produce meads.

“Sweet honey wine” does not describe the beverages of either place. Most are dry and food worthy. These meads have a surprising complexity, along with a vast array of flavors that would delight any beverage enthusiast: citrus, currant, apple, ginger, lemongrass, jalapeño, and coffee, to name just a few. And the meaderies continue to experiment with new flavors and ingredients.

At the same time, those looking for gluten-free alternatives to beer have discovered mead. Ken Carter founder and owner of Maryland Meadworks says the growth of mead is where craft beer was 20 years ago. “It’s kind of the wild west,” he says. Craft mead makers are sharing information with one another and experimenting with a variety of ingredients, including honey, fruits, herbs, spices, and a range of yeast varieties.

With the passage of SB596 mead established its own identity, but by giving mead a home in the beer world, the state reduced the excise tax to beer’s rate of nine cents per gallon. In the past mead shared the winemaker’s rate of 40 cents. Boicourt, who worked on the legislation, says the new law also opens up broader distribution channels.

The American Mead Makers Association reports that the industry has nearly doubled in size since 2016 to more than 500 meaderies nationwide. Much of this growth is because people are realizing that mead is anything but sweet wine.

But even as meads capture a larger presence in the market, retailers struggle to figure out where it belongs on the shelves. Some place it with dessert wines while others find space in the beer department. “This is a continual battle,” says Boicourt. Charm City encourages stores to display their mead with cider, gluten free, and local craft beer. “But some retailers’ old habits die hard,” he notes.

Kennedy of Orchid Cellars is more optimistic: “Mead selections in larger stores are getting big enough that they sometimes command their own section.”

At the end of the day, our original question, “Is mead wine or beer?” seems to be flawed. The passage of SB596—which places mead in the beer camp and helps with taxes and distribution—is a boon to the industry. But as consumers discover mead, most would agree, it’s neither beer nor wine. Mead is mead.

Mike Cullison’s many years in the beverage industry have included gigs as beverage supervisor for a hotel, wine shop owner, salesman for a distributor, and manager of a local winery. He shares his passion for local craft beverages hosting the “Thirsty Maryland” podcast.