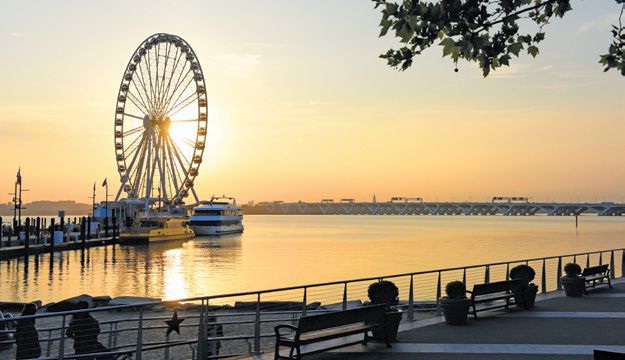 The Capital Wheel at National Harbor.

FROM THE GLITZ OF NATIONAL HARBOR TO NEW DEAL-ERA ARCHITECTURE, PRINCE GEORGE’S COUNTY IS A STUDY IN CONTRASTS

Over the past 10-15 years, Prince George’s County has seen some remarkable development—from the construction of the National Harbor complex south of Washington, D.C. to the more grassroots Gateway Arts and Entertainment District. From the glitz and glamor of Gaylord National Resort and MGM National Harbor to the historic small-town charm of Greenbelt, Mt. Rainier, and Hyattsville, one can enjoy a multi-faceted experience exploring this historic county.

Start your adventure by visiting several small towns in the northern part of the county. Greenbelt, a planned New Deal community, was designed and built in the early 1930s by the federal government. The first of three federal “greentowns” (the others are in Wisconsin and Ohio), Greenbelt’s Art Deco, Streamline Moderne, and Bauhaus style homes were intended to provide affordable housing for federal employees. The town has been designated a Historic National Landmark and served as a model for privately constructed planned cities like Reston, Virginia and Columbia, Maryland.

To fully experience the history and architecture, visit the Greenbelt Museum, with its New Deal era exhibits, and take one of the 60-90-minute walking tours (book two weeks ahead). After your tour, you’ll want to have lunch at the cooperative New Deal Cafe, which features a plant-based Italian menu and live music every night as well as rotating exhibits by local artists.

Travel south about seven miles to Hyattsville, a community undergoing a metamorphosis these days with a range of development projects including townhomes, live-work units, and retail space. The city’s historic district is home to a number of Victorian houses built in the late 1880s and Sears bungalows and Arts & Crafts houses built between the wars (late 1910s to early 1940s). The Hyattsville Preservation Association offers a map for a self-guided walking tour available at preservehy-attsville.org/tours.

While in Hyattsville, visit Streetcar 82, a fairly new brewery founded by three friends who knew each other from having attended nearby Gallaudet University. Or drop by Old Dominion Brewery, operating for 20 years now and serving 32 brews on tap. Maryland Meadworks offers samples of different flavors of mead in its cozy tasting room. Some established eateries in Hyattsville include Andy Shallal’s Busboys and Poets, Elevation Burger, Tara Thai, and Franklin’s Brewery, Restaurant and General Store.

Spanning two miles along Route 1 from Mt. Rainier to Hyattsville (Baltimore/ Rhode Island Avenue), the Gateway Arts and Entertainment District, launched in 2001, is home to artists, art-lovers, families, commuting professionals, and students. Some 500 artists are listed on the Arts District’s website and plenty of arts-related businesses have popped up to support and extend the economic vitality of the community.

Pyramid Atlantic Arts Center in Hyattsville was founded in 1981 to provide an environment for artistic collaboration and hosts artists in residence with a focus on printmaking, papermaking, and bookbinding. There’s a print shop, letterpress studio, bindery, and darkroom as well as a gallery.

Other stops in the Arts District include Joe’s Movement Emporium where you can take classes or see performances of dance and theater and the bustling Brentwood Arts Exchange with its multiple exhibits and arts spaces. 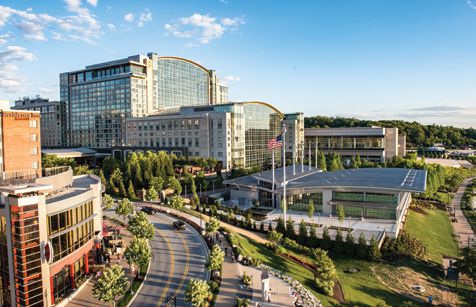 For something completely different, travel about 35 minutes south to Oxon Hill, where you’ll find National Harbor’s array of shopping, dining, and living on the Potomac River. Major attractions include the 180-foot high Capital Wheel with views of the Washington Monument, Gaylord National Resort and Convention Center, and the MGM Casino, Theatre, and Conservatory—almost too much to take in. Shopping ranges from a variety of boutique stores to 84 Tanger Outlet shops.

After National Harbor’s glitz, head east to Brandywine in the rural southern tier of the county and visit four wineries that are part of the Legacy Wine Trail. These wineries take advantage of the deep, dark soils of the farms once used to grow tobacco. Romano Vineyard & Winery, Janemark Winery & Vineyard, Gemeny Winery and Vineyards, and Robin Hill Farm and Vineyards are all in fairly close proximity for a fun day trip. 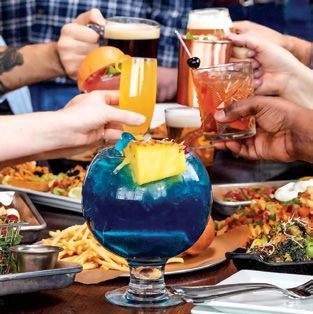 ◄ Granite City Food and Brewery Oxon Hill, gcfb.com The only on-site brewery at National Harbor, Granite City is a great place to nosh and enjoy a few brews. Tours of the operation are available by advance appointment.

Maryland Meadworks Hyattsville, marylandmeadworks.com Maryland Meadworks features a cozy tasting room and a small stage for music, lectures, and other events. Owner and head mead maker Ken Carter is passionate about his craft and makes a variety of tasty flavored meads. 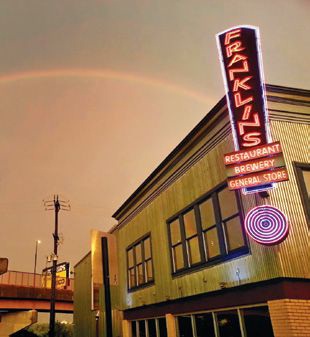 Grace’s Mandarin Oxon Hill, gracesrestaurants.com Grace’s Mandarin offers a menu of modern Asian fusion with an ample selection of sushi rolls, sashimi, and sushi nigiri along with comprehensive lunch and dinner menus. With great views of the Potomac River, a three-story waterfall, and 33-foot Buddah, this restaurant aims to delight all of your senses.

The New Deal Cafe ▼ Greenbelt, newdealcafe.com The New Deal Cafe, run as a cooperative, features a plant-based Italian menu and live music every night as well as monthly exhibits by local artists. 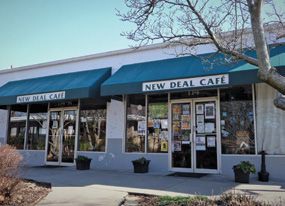 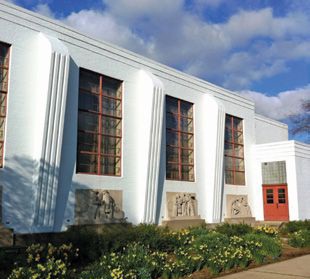