Union Craft Brewing needed a bigger space. But not that big. 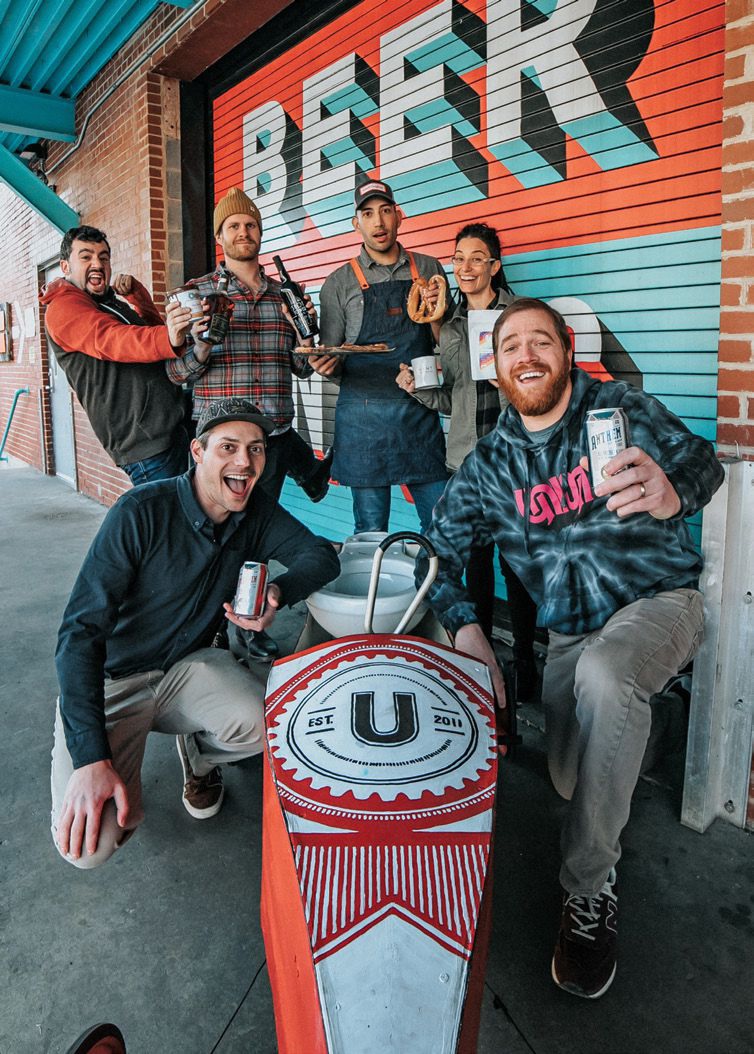 Winemaker John Levenberg is positively giddy. “This is great!” he exclaims, cradling a glass containing an inch of straw-colored liquid. “There’s a beautifully balanced acidity—all the aromatics have been captured.”

It’s viognier wine—or it will be. This sample right off the fermenter isn’t quite drinkable yet but its heady aroma alone lets Levenberg know he has a winner. The grapes were grown out near Mt. Airy and benefited from a late summer dry spell. His state-of-the-art German wine press and experience making wine from Napa to Bordeaux to New Zealand did the rest. Unable to contain himself, he hustles down the hallway to ask his neighbor, Sarah Walker, owner and roaster at Vent Coffee, to inhale the golden goodness. “One of the exciting things about being here is that there’s a bunch of people with great noses who’re able to appreciate aromatics,” Levenberg says. 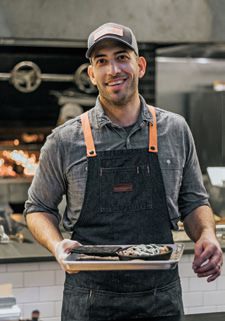 The “here” is the Union Collective, the erstwhile Sears Warehouse in the Baltimore neighborhood of Medfield where Union Craft Brewing moved its operations in 2018. The brewery and taproom occupy some 50,000 square feet at the north end of the building, and Union leases out the remainder of the cavernous 138,000-square-foot brick box to other craft makers, starting with the in-house eatery Well Crafted Kitchen and its wood-fired oven. The Baltimore Spirits Company—the distillery that brought local rye back to town—moved its stock, still, and barrels over from Remington. The Charmery has an ice cream parlor here, but more importantly, an ice cream factory supplying the company’s growing number of sweet-treat outlets. The aforementioned Vent Coffee roasts hundreds of pounds of beans a week. The Earth Treks climbing gym is a non-edible outlier, but perhaps one can think of this branch of the Maryland-based chain as a place for folks to work off (or justify) caloric indulgences from elsewhere in the building.

The Wine Collective, the newest Union member and Baltimore’s first-ever winery, occupies 30,000 square feet at the building’s south end. No, don’t look for a vineyard on the sloping lawn above the complex. The grapes will come in from all across Maryland. Such “urban wineries” have been trending on the West Coast and elsewhere for years. “In some ways, this is a super-modern idea,” says Enrique Pallares, Levenberg’s partner in the venture. 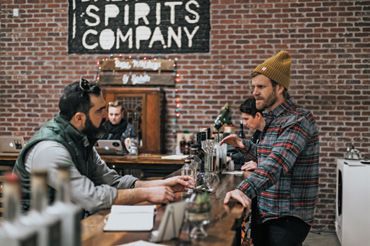 Ecuadorian-born Pallares, a retired professional polo player with a doctorate in philosophy, also co-owns Casa Carmen, a boutique winery near Chestertown on the Eastern Shore. Casa Carmen now joins four other Maryland wineries in moving production to the Wine Collective, which has all manner of winemaking equipment, a tasting room, barrel storage area, and bottle shop. “Here, I can hand someone a glass of wine and say, ‘I made this with this hand—let me show you where and how,’” Pallares says. And there’s plenty of room for growth. “I think the reinvention of manufacturing in the 21st century is in the food and beverage arena,” he says.

Adding a winery to the Union Collective, thus completing the adult-beverage trifecta, was a no-brainer and exactly what the three friends who founded Union Craft Brewing—Adam Benesch, Kevin Blodger, and Jon Zerivitz— envisioned all along. From the get-go, their genius-level masterplan was to position themselves as overlords of a gargantuan hub of craft food and drink businesses.

Uh, no. Not exactly.

The Union trio was prescient that Baltimore was ready to embrace a community-focused brewery when they opened their original Woodberry location. But when they took the do-or-die plunge and quit day jobs to cobble together financing from friends and family to get the Union barrel rolling, their long term goal was just to make beer and keep the lights on—not become masters of a multi-million dollar edifice large enough to drydock a battleship. Instead, the Collective idea emerged over time (and beers) as a serendipitous solution to a problem: Union had outgrown its initial space. And the concept’s fruition owes a lot to the synergy of the city’s close-knit maker’s scene. 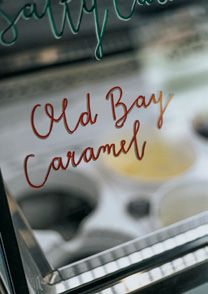 Treats from the Charmery

It’s a great Baltimore story, embraceable even if you’re a teetotaler who avoids ice cream and coffee and isn’t interested in climbing anything more ambitious than a set of stairs. On a fair-weather, event-filled weekend, thousands of visitors descend on the Collective’s 10-acre campus. But more important might be midweek morning traffic, when several dozen employees show up for work. While not in the numbers of yore, manufacturing jobs are returning to a spot whose historic industries helped birth a city.

NATTY BOH? THANKS, NO.

You could say this beer-focused adventure began in a College Park dorm. That’s where Benesch and Blodger met in the mid-1990s while attending the University of Maryland. In the grand tradition of college students everywhere they drank crap beer. Initially, anyway. But the microbrew movement (as it was then called) was underway and the pair soon began exploring a different aisle of the beer store. 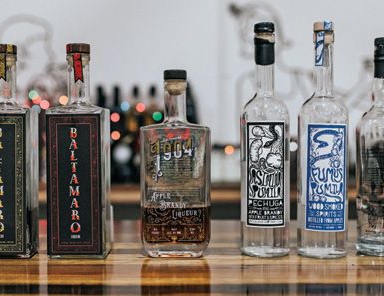 Meanwhile, after a brief stint as assistant brewer at a D.C. brewpub, Blodger went to work as a counselor at a school for special needs kids. School leadership offered to send him back to school to become a principal. “And at the same time, Fredrick Brewing called and said they wanted to hire me—I think it was 10 bucks an hour,” Blodger recalls. “I said to my wife, you can’t tell my parents, but I’m not going to take this principal offer. I want to go brew.”

Frederick Brewing was a hot mess at the time. What’s now home to Flying Dog was in receivership and staying afloat by contract brewing all kinds of beers from all corners of the country. For Blodger, getting up to speed with all the styles was baptism by boiling wort. A stint at the Inner Harbor’s short-lived Cap City Brewpub followed, and then several years brewing for the Gordon Biersch Brewery chain where he learned how to brew consistently— making flagship beers taste the same batch after batch. 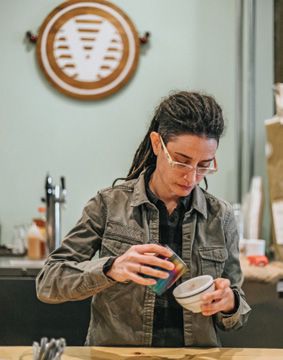 When 2008 was sliding into 2009, Benesch and Blodger were trading beers in the mail and Benesch and Zerivitz were trading beer talk from stools at Max’s Taphouse in Fells Point. “And that’s kind of around the time frame when the three of us all came together to say, let’s start a brewery,” Benesch recalls.

BREW IT AND THEY WILL COME

Union Craft Brewing formed in fall of 2011 and was up and brewing at its leased Woodberry location the following spring. The name: a nod to the Union Avenue address, a union of three friends, and the union of malt, hops, and water. The cog in the brewery’s logo honors the city’s manufacturing heritage, exemplified in its birthplace within a building owned by Pool & Hunt Foundry and Machine Works, which once made everything from cannons to metal columns for the U.S. Capitol.

Folks familiar only with Union’s current 7,500-square-foot taproom may find it hard to imagine that they opened with essentially no taproom at all. Maryland’s moribund beer laws forbade breweries from serving beer at the time, beyond free samples for those who took tours. Still, the beer-knowledgeable and beer-curious came to sip Duckpin Pale Ale or Balt Alt and see it made. A canning line was added in 2013, and once taprooms became legal, the hanging out got serious—on warm days spilling out into a wedge of a parking lot that also drew bands, films, and food trucks. 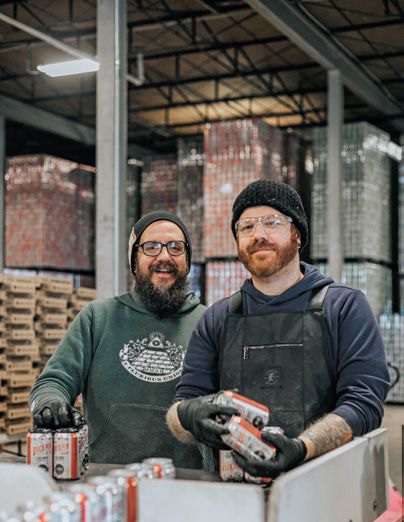 Soon enough all those people bending elbows were bumping them as well. People didn’t seem to be asking for someone to open a brewery, Zerivitz says, “But we were always thinking you don’t know you want this, but once it’s here, you’re going to love it.” It proved true. Union was able to expand by leasing adjacent units at the site to more than double their footprint to 15,000 square feet. But then they hit an immovable wall.

Running out of room to operate is a great problem to have, but it’s still a problem.

Searching for a new home in the 40,000-square-foot range, they kept being steered to industrial hinterlands, and after a fruitless year, they began to consider a county location. The Sears Warehouse, meanwhile, was just a quarter-mile away—the elephant in the valley so to speak. “I think we visited it three or four times,” Benesch says. The 1950s building had strengths: solid shape with terrific visibility from the JFX while also being tucked down in its own private valley. 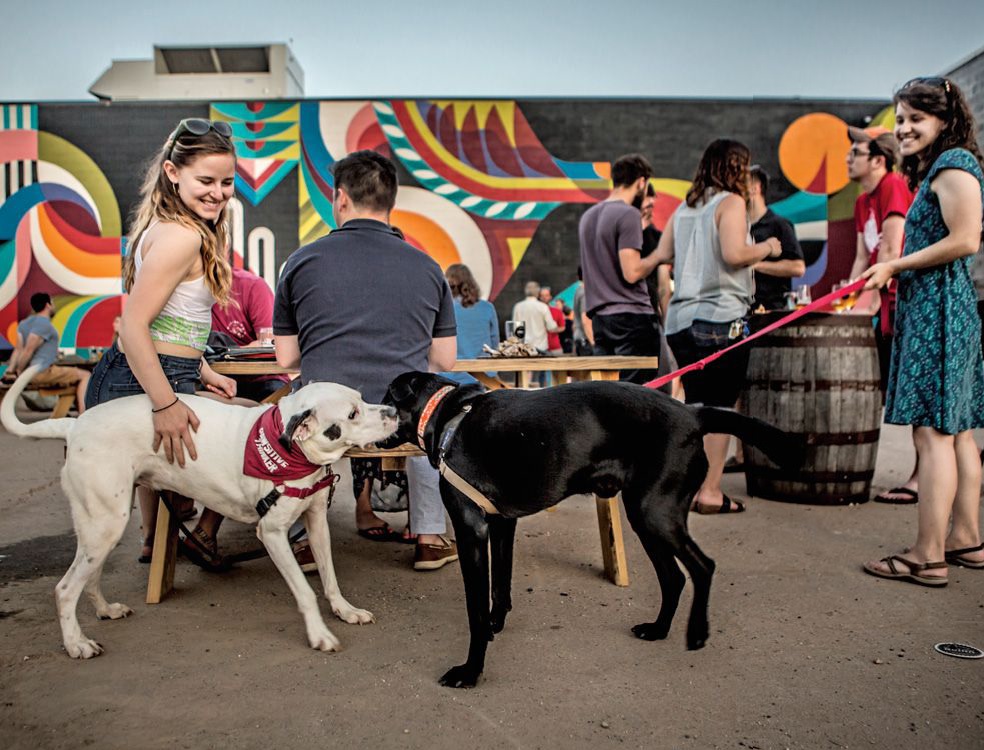 So, what happened? None of the Union three will take credit for the pivotal aha moment: “Say, guys, here’s a thought: What if we asked other Baltimore makers into the building? We could call it, uh, I don’t know, the Union Collective?”

Max Lents, co-founder of Baltimore Spirits, recalls visiting the building with the Union team and other makers in 2017. “There were ten plastic folding chairs in a circle in the middle of this vast empty warehouse space—you couldn’t even see from wall-to-wall it was so huge,” he says. The team explained that they were sitting in the future home of Union Brewing but the space was way too big. The message, says Lents, was to create a collective of consumer-facing manufacturing that would be a source of jobs for the neighborhood as well as a destination for the city.

It was way too early for Lents to even consider the idea. His company’s whiskey was still in the aging process and his three-man start-up was still in what you might call the headless-chicken stage—running wildly around from crisis to crisis at their Remington facility. “The idea of packing up and moving the distillery seemed like a wild idea,” Lents says. The plan was to wait until after the Epoch Straight Rye Whiskey was released in early 2018 before calling in the moving vans.

“But I started to think maybe we had to make it happen,” Lents says. “There’s a lot of overlap between Union’s audience and our own and we could create some synergy. If we waited, this kind of opportunity might not be available.” 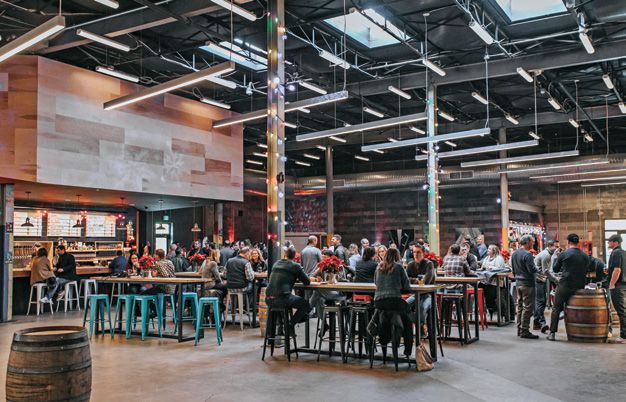 The cavernous Union Craft Brewing tasting area, adjacent to Well Crafted Pizza, is just one of the collective’s offerings.

With their new 10,000-square-foot space came a new name (the former Baltimore Whiskey Company assumed its present moniker to better reflect a product line that includes gin, apple brandy, and sundry liqueurs). “Our space has really been humming and we’ve gotten a ton of new people through the door,” Lents says. “It’s only getting better as more tenants are moving in.”

Sarah Walker’s story is different again. The veteran barista had launched a roasting company by crowd-funding to buy a roaster, but without her own space, she was working for a downtown café. She’d previously collaborated with Union Craft on coffee beers, such as Pajama Pants and AM Gold, so she was an easy ask.

“I feel so grateful to be here,” Walker says. Vent is the smallest space at just under 2,000 square feet. “The other businesses are fabulous and to have that kind of family feel—that community, collective feel—is perfect,” she says.

The Collective still has around 14,000 square feet to lease. Even so, you’d be hard-pressed to describe the venture as anything but a happy success. Lemonade made out of what could have been an unwieldy brick lemon.

On July 28, 2018, Union Craft’s sixth anniversary party was combined with a grand opening of their new home. More than 3,000 celebrants poured down into the valley. Rockers J. Roddy Walston and the Business were among the musical acts on a giant stage that would have consumed most of Union’s old asphalt patch. At one point, Benesch, Blodger, and Zerivitz clambered up under the lights to toast the new venture before a cheering throng.

“It was one of the most powerful moments I’ve had since we started Union,” Zerivitz says. “The transition was so stressful, and the building of this place was so stressful. I don’t even think I really got a moment to say goodbye to the old space. I was just there one day and then here.”