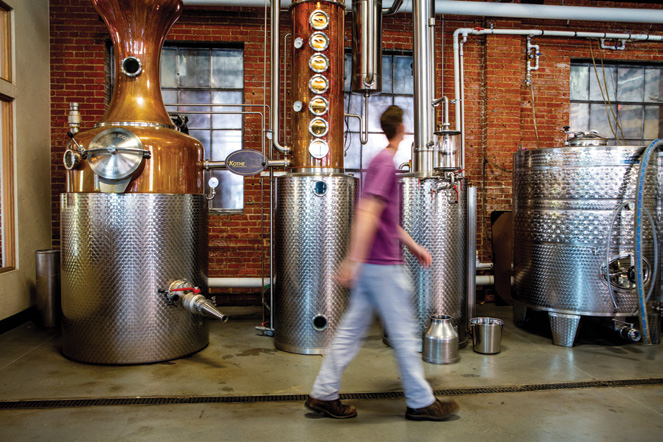 THIS SMALL CITY IS DRENCHED IN HISTORY AND CRAFT BOOZE

Well known for its civil war history and large historic district, Frederick is also bursting with craft beverage producers including both well-established and up-and-coming wineries, breweries, and distilleries. Couple that with a dynamic restaurant and food scene and you’ve got yourself a one-stop destination whether you’re a foodie or a craft beverage aficionado.

A great way to start your exploration of the small city is by joining the three-hour Market Street Food Tour. The $65 tab includes stops at six different restaurants and specialty food shops to sample distinctive food and beverages—all the while learning about the architecture, history, and culture of Frederick. The guides get high marks for their levity combined with solid intel on the town and its culinary offerings.

After the tour, visit the two intown distilleries: Tenth Ward and McClintock. The women-owned Tenth Ward offers whiskey, brandy, seasonal liqueurs, and Maryland’s first absinthe. Tastings here are designed to “walk customers through nosing and tasting notes, educate them about the ingredients and how the spirits are made, and give recommendations on how to enjoy them at home,” according to Amanda Boroughs, the distillery’s marketing and events manager. The distillery sources most of its ingredients from farms within 30 miles and works with local farmers to encourage them to grow other needed ingredients.

McClintock Distilling Company is not only Maryland’s first and only certified organic distillery, but it is also one of the most lauded, with major nods for its bourbon and gin, as well as its environmental practices. Signature spirits include Maryland-Heritage White Whiskey, Bootjack Rye Whiskey, Matchstick Straight Bourbon, Epiphany Vodka, Gardener’s Gin, and four seasonal cordials. McClintock also runs a series of classes, from the intensive all-day Distilling 101 to shorter workshops like the make-your-own gin class. Braeden Bumpers, owner and distiller, says that education is a core value at McClintock. “We love to raise the level of knowledge and education around all things spirits,” he says. The tasting room offers a flight of spirits and a tour of the organic production floor. The $5 fee for tasting is waived with the purchase of a bottle.

Before heading to dinner, stop in at the Delaplaine Arts Center in the 100-year-old Mountain City Mill. This 40,000-square-foot flagship of the arts features five galleries, studios for classes, a free art reference library, and a gift shop. With more than 50 exhibits a year, you’re sure to see some impressive works of art during your visit. You may also want to drop by the Roads and Rails Museum to see its miniature railroads, especially if you are traveling with children. The mini worlds feature zoos, circuses, a working volcano, coal mine, castle, and more.

Frederick restaurants include the popular, high-end Volt, opened 11 years ago by Frederick native and Top Chef season six runner-up Bryan Voltaggio. Or try the ceviche, crab avocado salad, or fried Brussels sprouts at Mayta’s Peruvian Cuisine, where the service and food rank among the highest in Frederick. JoJo’s Restaurant and Tap House, known for its happy hour, burgers, and 26 rotating craft beers, has live music on Saturday nights. 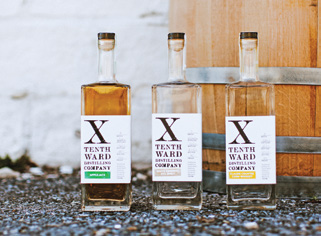 Dragon Distillery dragondistillery.com l This dungeons and dragons-themed distillery’s spirits can be found throughout Maryland in liquor stores, restaurants, and bars. 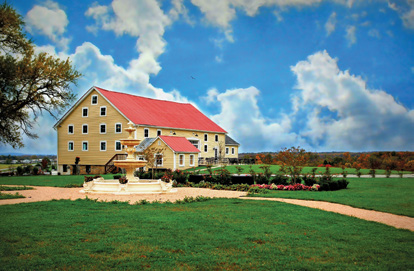 Springfield Manor Winery Distillery Brewery springfieldmanor.com, Thurmont l Not only a distillery, but also a winery, brewery, and lavender farm with an award-winning Lavender Gin. 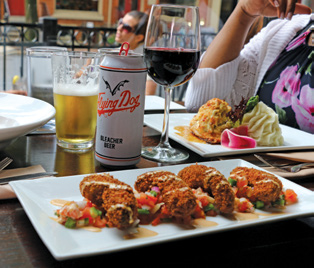 Hometown Harvest Kitchen hometownharvest.com l A new arrival on the scene serving food made from locally sourced ingredients. From the owners of South Mountain Creamery 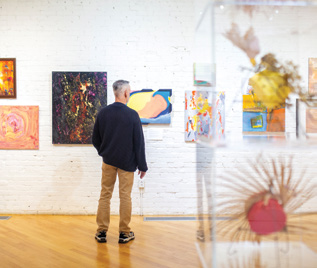 Roads and Rails Museum roadsnrails.com l See the world of railroads in miniature at this unique transportation museum.