SPIRIT OF THE WOLF

The first rule of American craft agave spirits is don’t call it tequila. Only spirits made from the blue agave plant and made in certain regions of Mexico can be so labeled. But Meghan Brown and R. B. Wolfensberger, the Annapolis couple behind Maryland’s first agave spirit, are more than happy that tequila is one of those “appellation of origin” names—like Champagne—with geographic parameters. Their Gray Wolf Craft Distilling proudly makes Lobo Agave Spirits in St. Michaels on the Eastern Shore, and it first hit stores and bar rails in May. “We’re not making a tequila,” Brown says. “We’re using 100% organic blue agave nectar, not the entire mashed plant. It’s similar to tequila but in the end, it’s not tequila.”

This agave has its own spirit animal—one that’s golden hued from resting on charred French oak. It delivers hints of maple, vanilla, caramel, and a whiff of smoke and does have a Mexican connection: most of the syrupy and concentrated agave nectar (used as an alternative sweetener) is sourced south of the border. 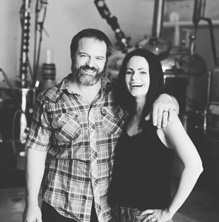 Wolfensberger, who does the distilling and whose product line includes a malted barley vodka and a gin flavored with sassafras wood, finds the nectar a bit of a challenge. “The fermentation process takes almost three times as long as anything else that I make,” he says. “You’ve heard of the term helicopter parent? I feel like a helicopter distiller because I’m constantly hovering over this for two weeks, kind of making sure that all that fermentation keeps rolling along,” he adds.

After fermentation, it hits a big stripping still where 450 gallons are reduced down to 75. Next, it undergoes a second distillation in a small Portuguese-made pot still. The French connection comes not from barrels, but from Old World oak staves it is in contact with for several months. (They are still testing to find the sweet spot for wood exposure.) “It’s a multicultural agave spirit,” Wolfensberger says with a laugh. 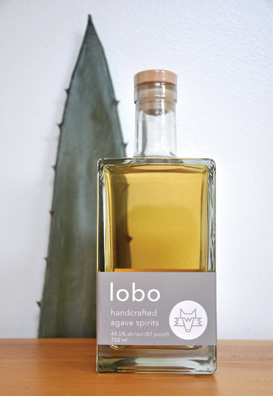 Gray Wolf shares its space and some equipment with Lyon Distilling, the older, rum focused outfit. Owner Jaime Windon invited the entrepreneurial couple across the Bay Bridge after they faced headwinds trying to set up shop in Annapolis. What was supposed to be a short-term arrangement has become a happy business partnership. It helps that they each have their own noncompeting spirits niche.

Both Brown and Wolfensberger are veteran bartenders and feel Lobo—Spanish for wolf—is great served neat but also plays well in cocktails where its complexity allows it to go many ways in a glass. “It’s delicious in a paloma or a margarita,” Brown says. “Depending on how you mix it, you can pull different notes of it out. It can also work in what would traditionally be a whiskey cocktail.”

So, a Manhattan by way of Maryland, Mexico, Portugal, and France.

Lobo is staring to appear in bars and stores in Maryland and Washington, D.C., and the St. Michaels tasting room is open daily. See graywolfcraftdistilling.com for more information. –Brennen Jensen