At the ripe old age of 4, Baltimore Spirits is the oldest rye distillery in Maryland 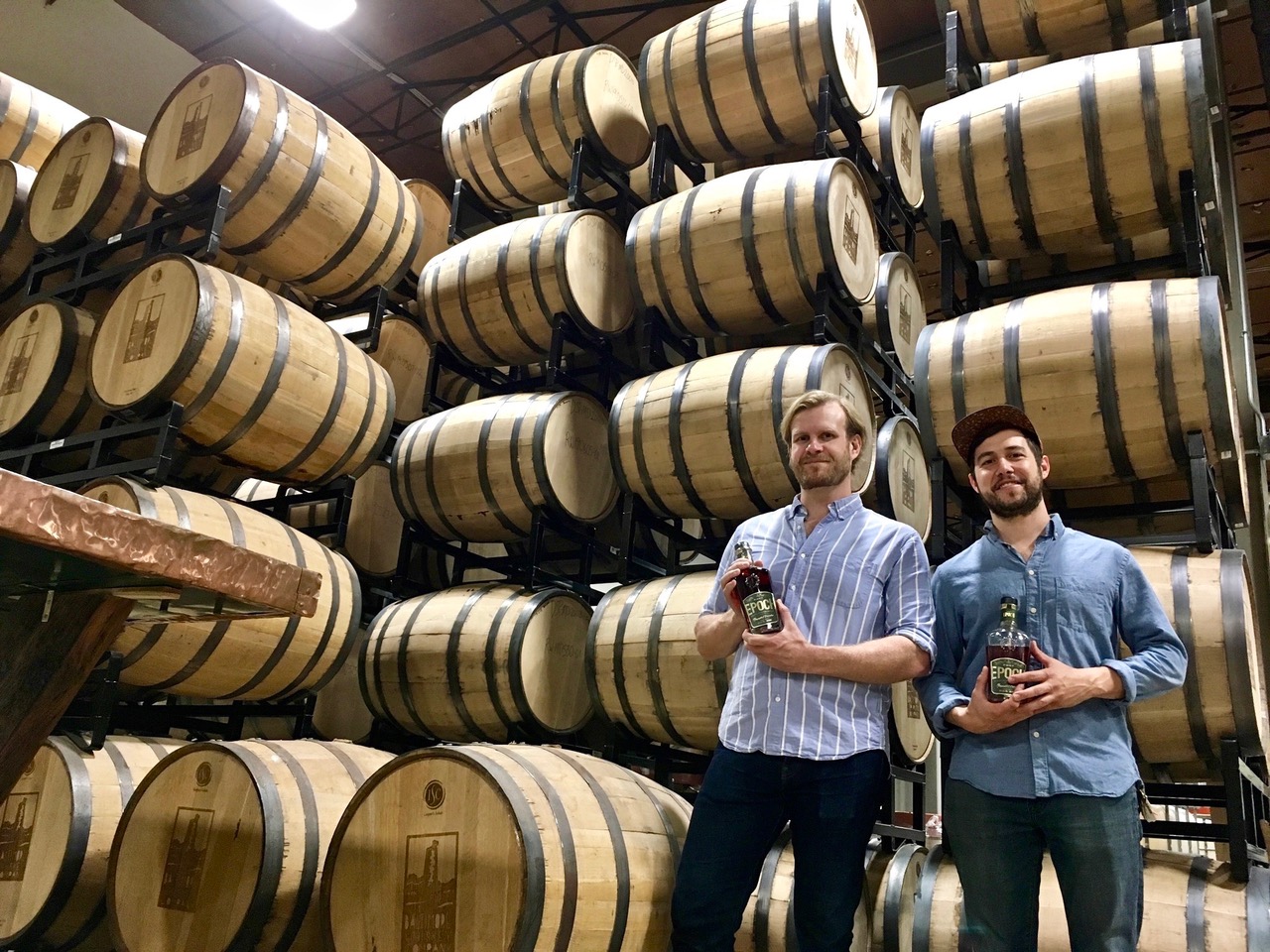 The Baltimore Spirits Company has taken to billing itself as “the oldest rye distillery in Baltimore,” which makes me chuckle a bit. Not because this isn’t a true statement, it’s just that I’ve visited distilleries that mark their ages in centuries and the BSC will turn all of four next month. Still, I suppose it’s a fun way to flick the ear of what’s indisputably the largest rye distillery in Baltimore: Sagamore Spirits—the Goliath to their David—which began distilling in 2017. Not to say that there’s any animosity between this pair of whiskey makers, both bringing Maryland rye back to the bar rail. “We’re all friends,” says BSC co-founder and CEO Max Lents of his Port Covington compatriots.

Still, four years is but a drop in a barrel. Nevertheless, Lents and co-founders, CFO Ian Newton and head-distiller Eli Breitburg-Smith, have made the most of this short span. When I first met Max in early 2015 while reporting a City Paper (RIP) story on craft distilling, we spoke at the bar in Hampden’s Golden West because he didn’t have a distillery at that point, at least nothing he was ready to show the press. I’ve followed these liquid entrepreneurs dutifully ever since, seeing them get up and running at their first home in a grotty industrial space in Remington that had once been the city’s incinerator. I enjoyed sneak tastes of their first rye as it aged away in full-sized oak barrels for two years. Epoch Straight Rye Whiskey debuted last spring—the first rye made in town for more than 50 years. Last year, too, the erstwhile Baltimore Whiskey Company took on their present moniker (Spirits is a better reflection of a diverse product line) and moved into a 10,000-square-foot space in the Union Collective complex. The business has been barreling along of late. 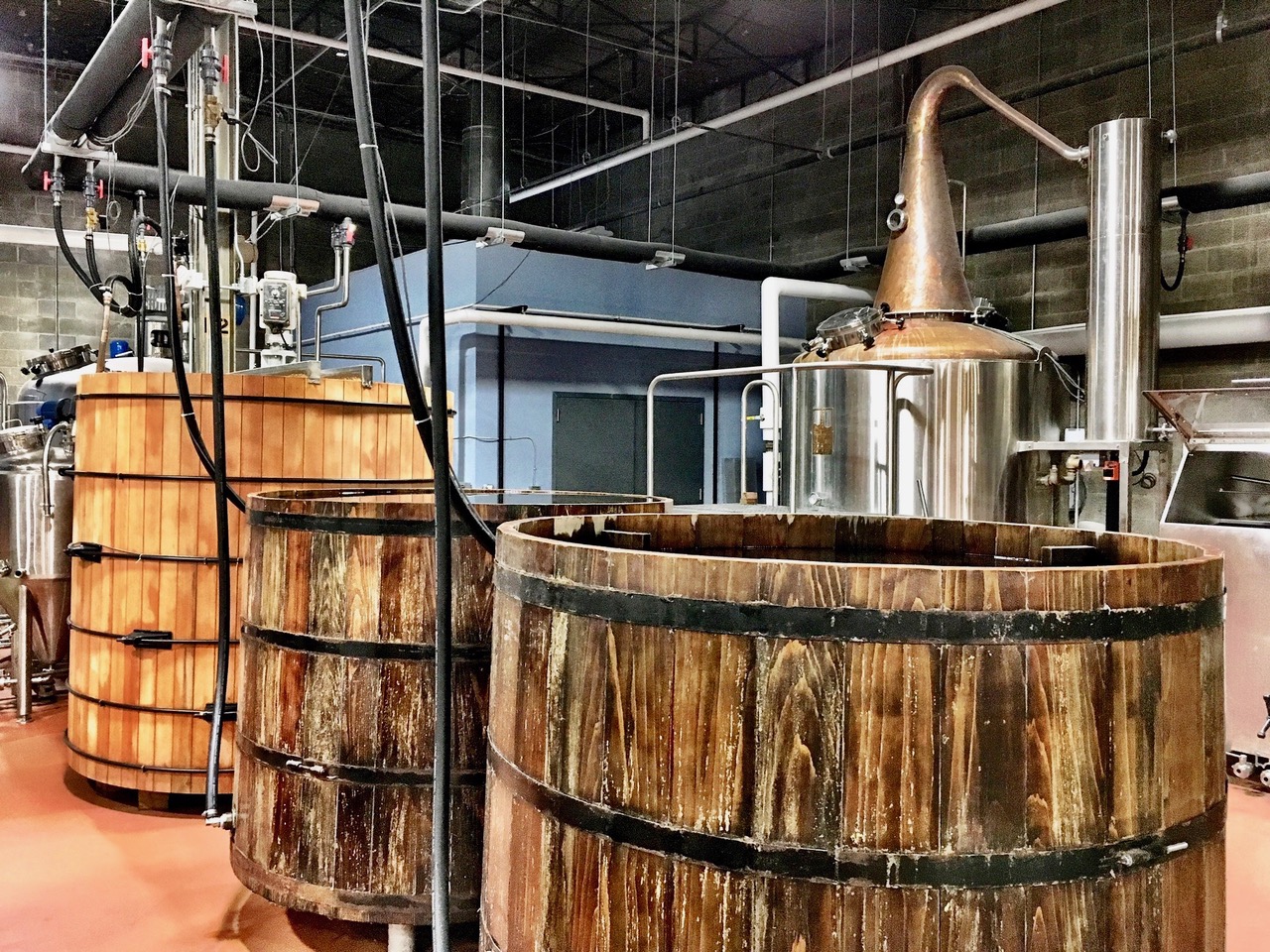 On this visit I recognize their original 250-gallon copper pot still, now joined by one four times the size. And their initial pair of 500-gallon, open-top wooden fermenters have a 1,000-gallon big brother. What you can’t see is the cool eco-friendly geothermal system they designed for their cooling needs (and distilling is all about heating things up and cooling them back down). Lents says the system saves them electricity and as much as a million gallons of water a year. Looming over all, barrels of aging rye stacked five-high. “We’re ramping up to where we’ll soon be producing 20 barrels of rye a month,” Lents says. That’s in addition to the rest of the potent potables: Shot Tower Gin (including one aged in used rye barrels to a golden hue), the Baltamoro line (a self-styled take on the Italian liqueur, Amaro), and various apple brandy products. The bottles are all lined up behind the bar in the handsome tasting area, as are their numerous awards from drinks competitions—perhaps the most medals on display this side of Michael Phelps’ family room. 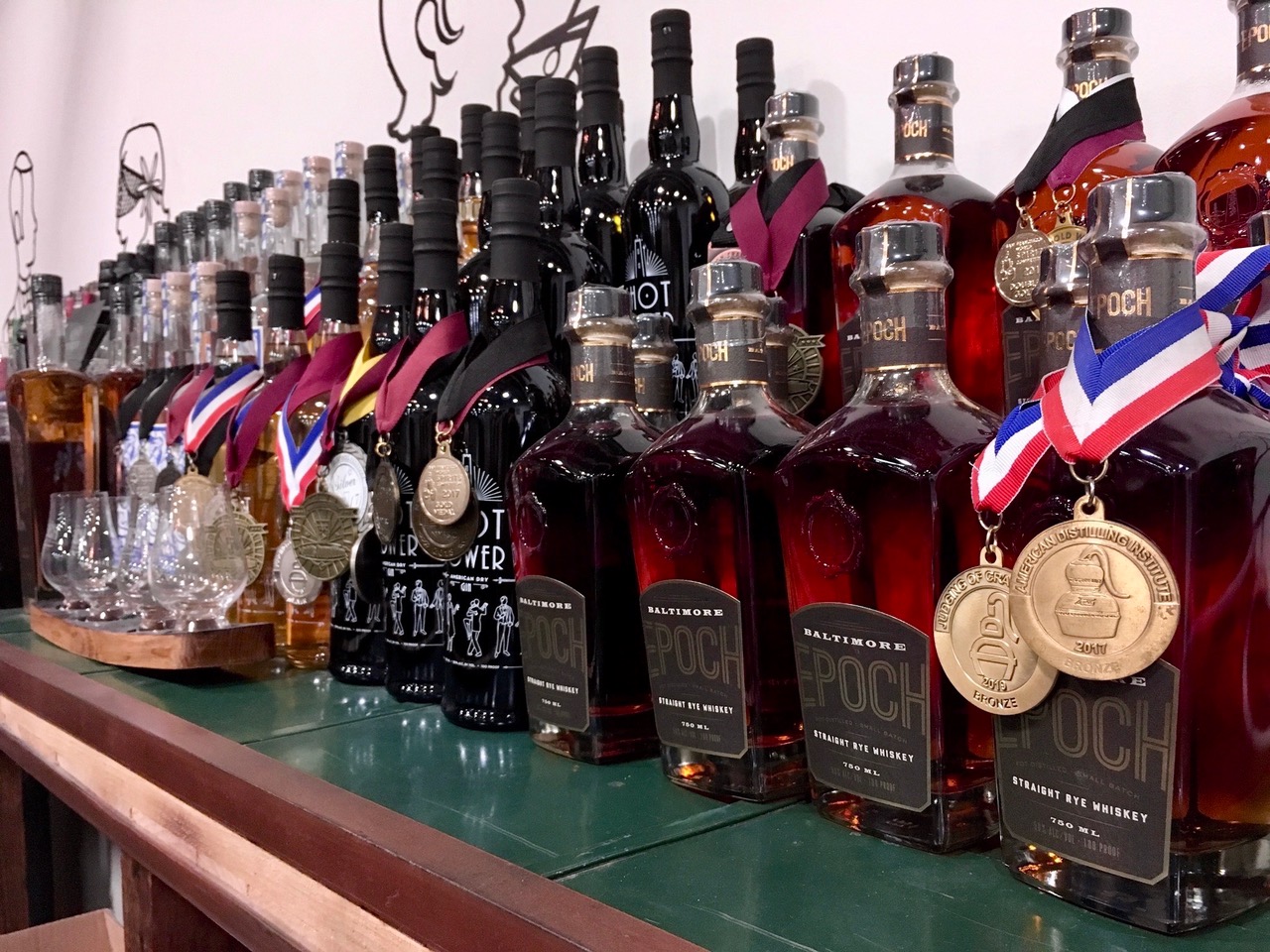 But now it’s time for a snort! Alas, I had arranged this visit before I came down with a horrible head cold. Too bad. Today, they are unveiling their latest special quarterly Epoch release, in this case, rye finished for nine months in a French sherry barrel. (These specialties are single-barrel one-offs; previously, they finished rye in a maple syrup barrel and offered a 3-year-old cask-strength version). Lents pours me a shot but its subtlety is lost on my compromised taste and olfactory systems. I have to take his word for it that the rye’s nose is now infused with raisins and fruit. Seeing how there must be fifty people lined up outside ready to score a bottle, it won’t last long.

Note to self: Be healthy at the end of 2019 when they roll out a rye finished in a port barrel.