Pounder Pils from Halethorpe’s Heavy Seas Beer was announced as the best beer of the 2019 Maryland Craft Beer Competition. In front of a crowd of more than 300 craft beer fans, brewing industry members, restaurateurs, and guests gathered at REVIVE! on Saturday, August 24, 2019, Hugh Sisson of Heavy Seas accepted the honor.

“I started brewing in this state 30 years ago,” said Sisson to the audience. He continued with a joke about the rate of growth in the industry and the level of competition presented by other Maryland breweries, “you (other brewers) are killing me.” 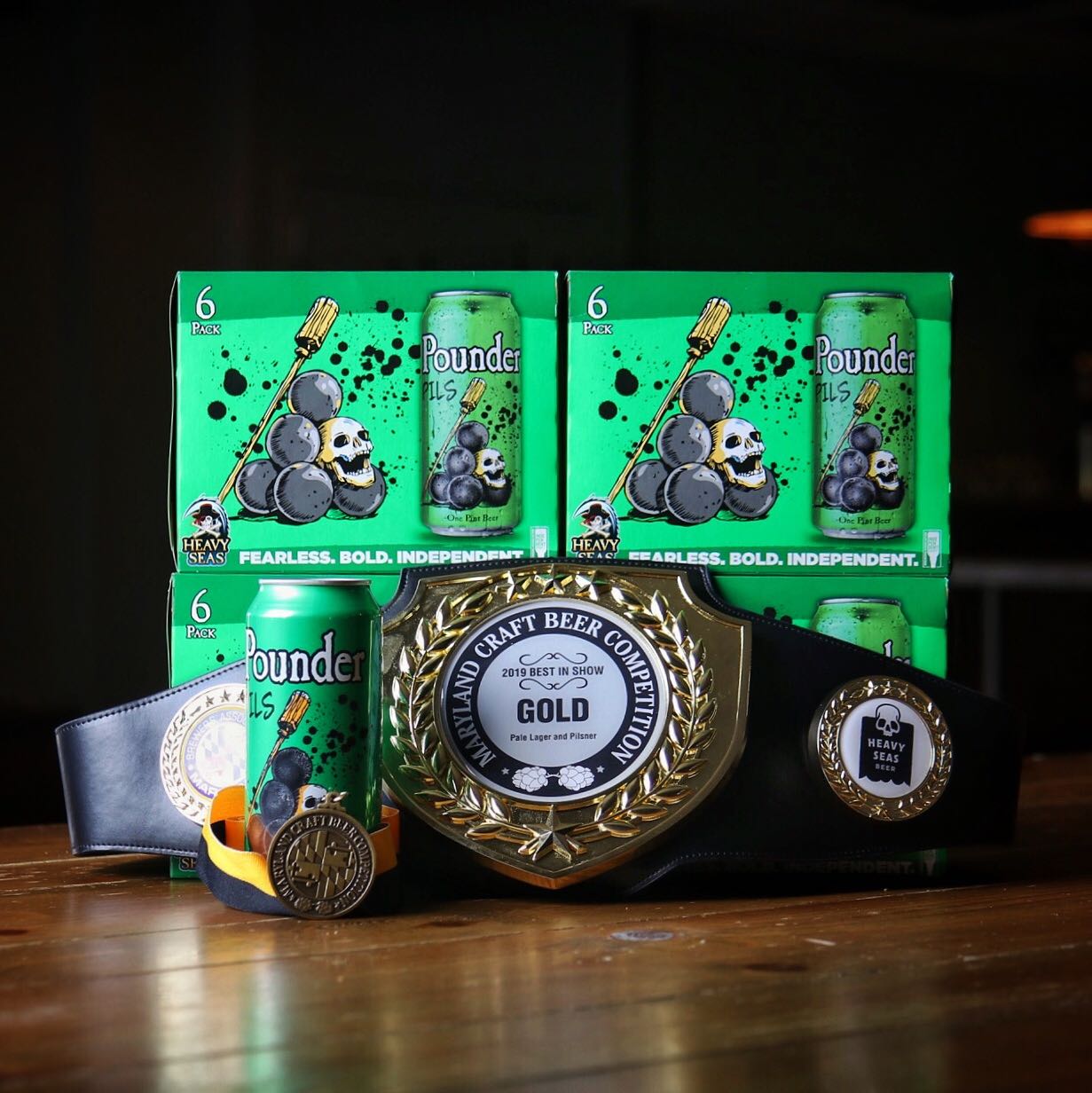 Many of the breweries awarded at the Maryland Craft Beer Competition will be featured at the 2019 Baltimore Craft Beer Festival on Saturday, November 2, 2019. Passes to the festival and event details can be found by visiting baltimorecraftbeerfestival.com.