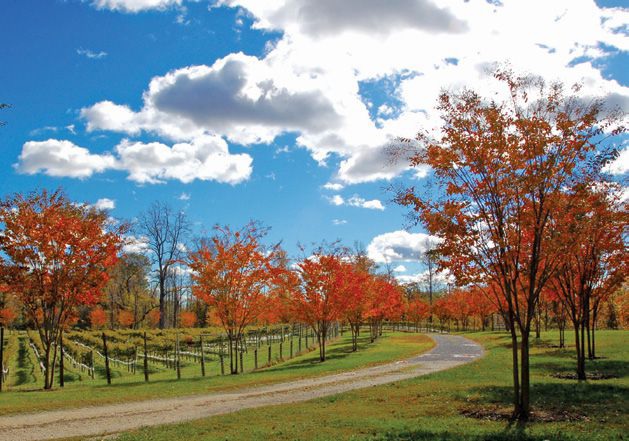 NATURE AND HISTORY ON THE WESTERN SHORE

The 42-mile route hugging Maryland’s western shore, known as the Roots and Tides byway, is a weekend retreat accessible from most anywhere in the state. Paddle, sail and fish. Learn about the state’s colonial past and the history of enslaved African- Americans. Explore nature along the shore. Sample Maryland seafoods and farm-fresh produce. And of course, you’ll enjoy visiting the trail’s craft wineries and breweries.

The Roots and Tides designation of this scenic route along the Chesapeake Bay has a purposeful double meaning. Consider shaping your visit around nature—by exploring how the ecosystem is shaped by the lapping shores of the brackish bay—and also by the changing tides of history.

If you’re interested in the region’s historical roots, there’s no better spot to start your trip than the Annapolis City Dock, where the bronze likeness of author Alex Haley appears to be sharing his story with children gathered at his feet. That story—about his ancestor, Kunta Kinte, brought from The Gambia to the new world by slave traders—became Roots, the acclaimed novel and later mini-series. You can access a virtual tour via QR codes at and around the site.

The population of Annapolis has been about one-third African American since the 1700s, and by 1850 an equal number of enslaved and free blacks lived there, the latter establishing businesses, neighborhoods and churches—while working to purchase the freedom of enslaved family members. You can learn more about African American history at the Banneker-Douglass Museum— named for scientist Benjamin Banneker, who was born free on a tobacco farm; and the famed orator and author Frederick Douglass. The museum celebrates its 50th anniversary this year.

Annapolis is also home to Chesapeake Brewing Company and Great Frogs Winery. Just outside of town, in David-sonville, you’ll find Dodon (Both Great Frogs and Dodon offer tastings by appointment only.). Thanksgiving Farm in Harwood offers a range of Bordeaux-style reds as well as fortified wines.

Along the route is Historic London Town and Gardens, featuring a tavern dating to 1761 and 10 acres of forest and gardens. Tour Tulip Hill, a Georgianstyle plantation house, and the West River Quaker burial ground. The nearby town of Galesville, first settled by Quakers in 1651, has an active historical society with frequent exhibits. And visit the St. James’s Episcopal Church in Lothian to see two of Maryland’s oldest tombstones.

If you could follow history back 18 thousand years, you might find the land you’re standing on submerged as water flowed in from streams and rivers carved by glaciers many miles to the north. Over the years, native people would harvest fish as well as heaps of oysters and clams from the pristine waters.

When Captain John Smith sailed into the Chesapeake more than 400 years ago, he proclaimed, “Heaven and earth never agreed better to frame a place for man’s habitation.” Conjure what Smith saw by visiting the Smithsonian Environmental Research Center in Edgewood, where you can walk the trails or sign up for a guided canoe tour.

Farther south, the American Chestnut Land Trust, which was charted in 1986 to promote conservation throughout Calvert County, has 22 miles of hiking trails as well as Double Oak Farm, where you can volunteer to help grow produce bound for a local food pantry. 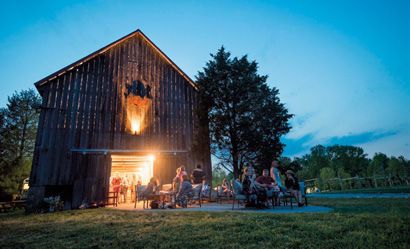 The Battle Creek Cypress Swamp Sanctuary in Prince Frederick is a 100-acre protected home to flora and fauna, featuring wildflowers and a boardwalk trail under the canopy of cypress trees.

greatfrogs.com, Annapolis l Tucked away on a beautiful old farm in Annapolis, the family-run winery has a wide range of offerings. 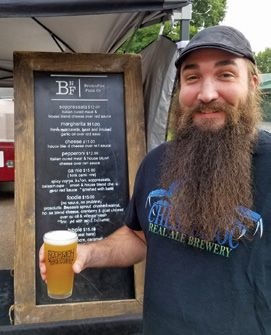 scorpionbrewing.com, Owings l Named after the famous ship in the War of 1812, Scorpion has live music on Thursdays, monthly trivia, an annual homebrew contest and more.

Fridays Creek Winery fridayscreek.com, Owings l A colonial-era tobacco farm is the site for this winery.

bdmuseum.maryland.gov, Annapolis l Named after native Marylanders Benjamin Banneker and Frederick Douglass, the museum is housed within a former Episcopal church, built in 1874.

historiclondontown.org, Edgewater l Colonial history and special events about history and the gardens. 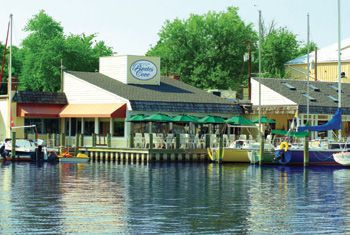