Bastille Day, Help us clebrate French  Independence day with food, wine and music, known in France as locally as La Fête Nationale, commemorates the beginning of the French Revolution on July 14.

On July 14, 1789, when a group of enraged Parisians stormed and took the Bastille in order to secure the arms and ammunition stored there, their success marked a pivotal moment in the early stages of the French Revolution. Though originally built as a medieval fortress and prison, the Bastille was largely unused in this manner in the late 1780s and was actually scheduled to be demolished. In the minds of the French peasant class, however, it was still a potent symbol of the aristocratic rule under which they felt mistreated by the Bourbon monarchy of the late 1700s.

Bastille Day was declared an official holiday by the French government in 1880 and there have been celebratory military parades in Paris every year ever since, except during World War II. From 1940 to 1944, free French forces honored the date with marches in London, England.

Much like the 4th of July families and friends join in picnics, fireworks and parades.

Join us on July 14th as we celebrate Bastille Day as they do in France with fine wine, with traditional local cheeses, and produce along with plates of and grilled sausages. Elk Run Vineyards, 15113 Liberty Road, Mount Airy. 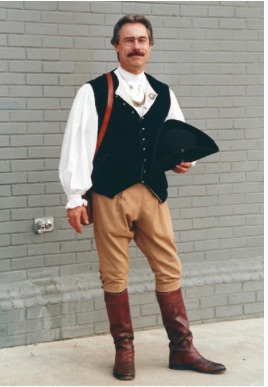 Listen to the tunes of John Durant, dressed in traditional costume performing tunes from the US civil war time period, as well as French tunes too. Performing from 2-5pm https://troubadourjohn