Celebrating the Dark Side

Stouts-A-Go-Go at the Shiny, New Guinness Outpost in Halethorpe 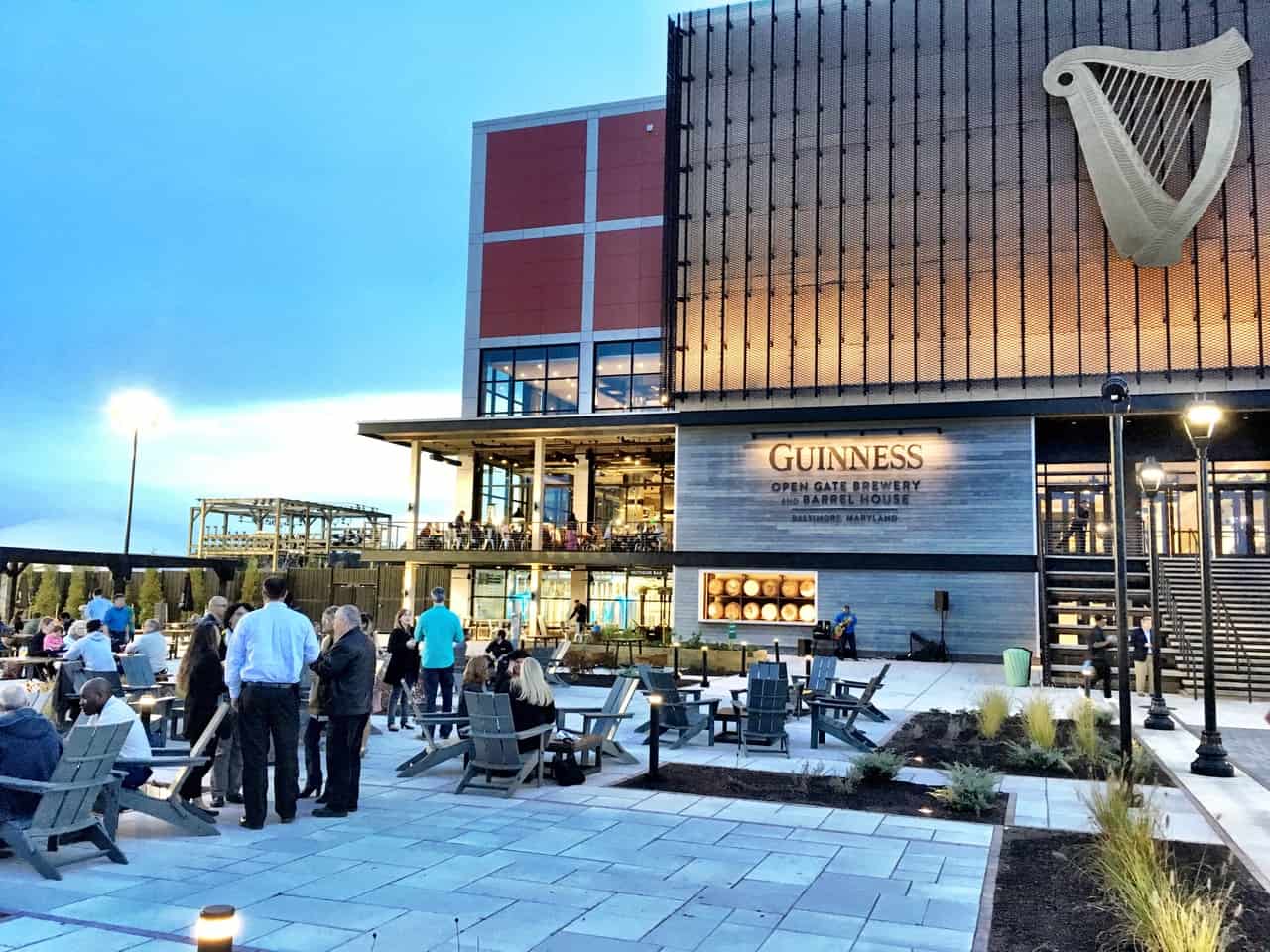 The Guinness Open Gate Brewery and Barrel House in Halethorpe.

Did you know that Thursday, November 1 was International Stout Day? What? No one sent you a card?

It’s not too late to celebrate the dark and lovely goodness of stout, and one good place to do so is the Guinness brewery in Halethorpe. I was among the Very Important Beer and Food Writers (yup) invited to the complex to clink pint glasses at exactly 5:59 p.m. (That’s 17:59 in military—the year Arthur Guinness began brewing.) It was my first visit to place, but I may be in the minority. Though only opened three months, it has seen more than 100,000 people trooping through. And the on-site 1817 Restaurant (named after the year Guinness first showed up on our shores) opened in late September. The joint is jumping. 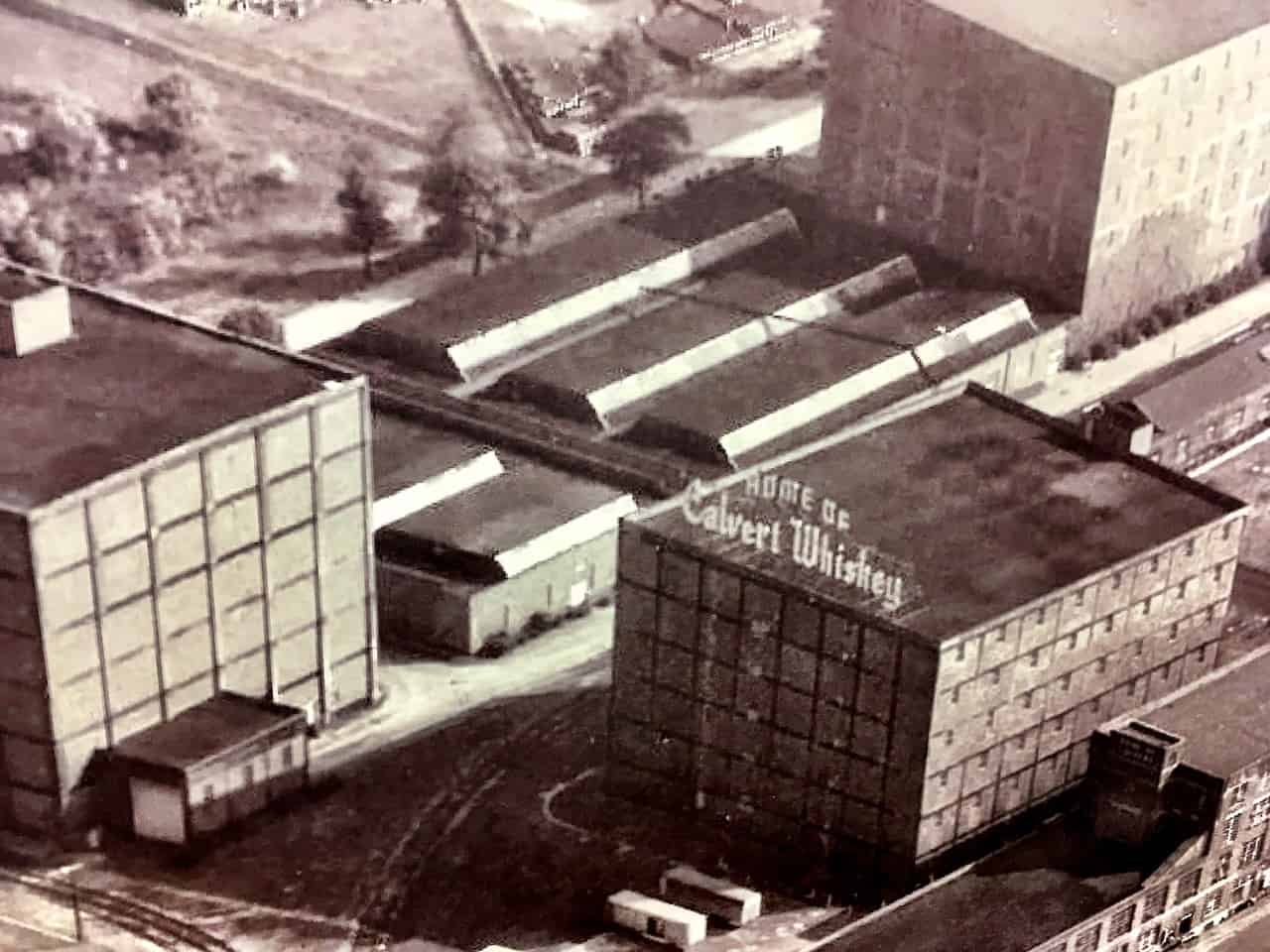 The old Home of Calvert Whiskey is now the Home of Guinness Brewing.

They call it a “campus.” Or, officially, the Guinness Open Gate Brewery and Barrel House. The place sprawls across the old Calvert-cum-Seagram distillery, and one of the vintage brick rickhouses (barrel storage buildings) houses the bulk of the visitor-centered attractions. They’ve really done a handsome job mixing slick newness with vintage Guinness ads, distillery artifacts and salvaged bric-a-brac. (Of course, you’d expect an impressive setup when the parent company is the global drinks giant, Diageo.) 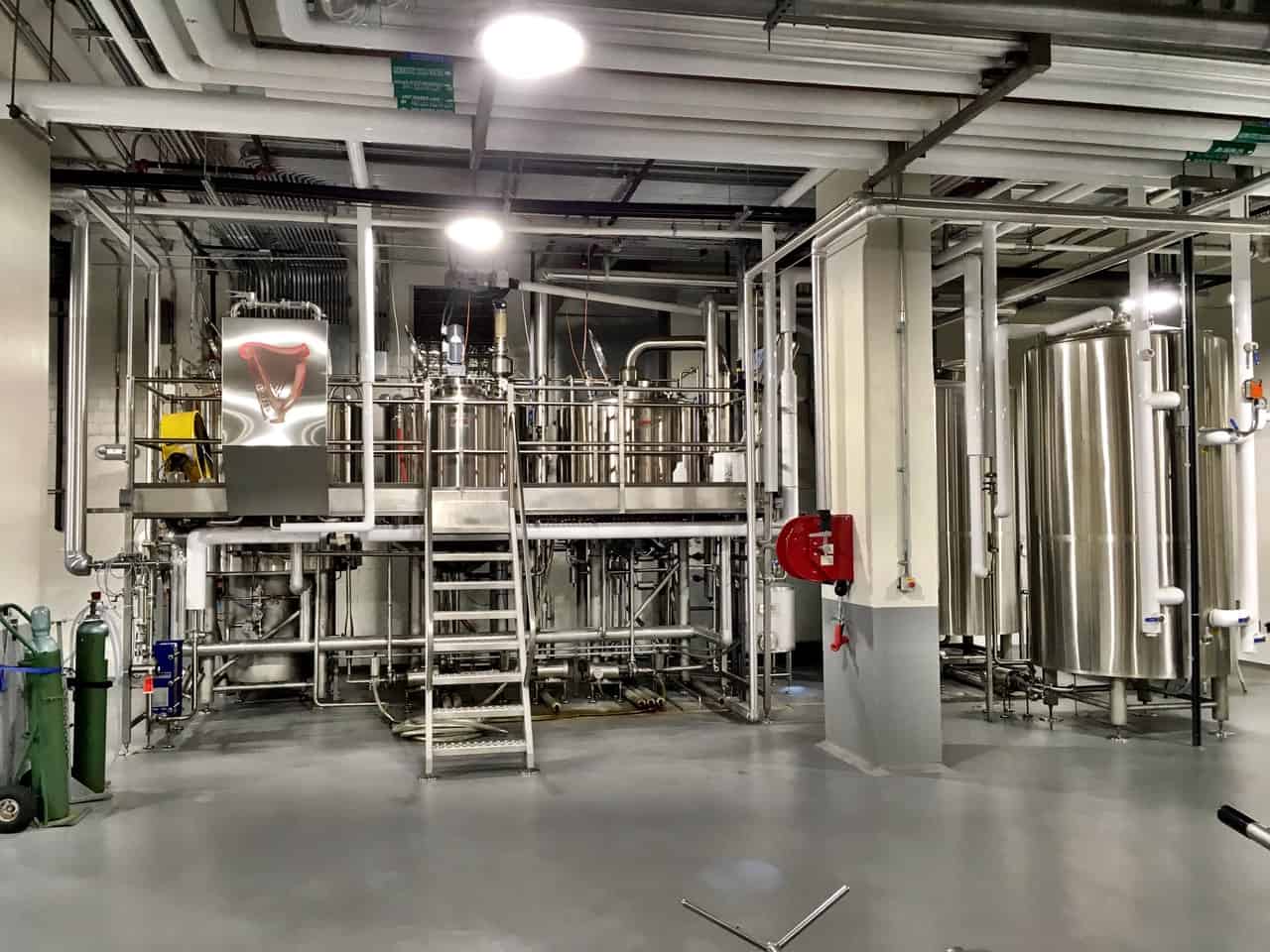 There are actually two breweries here. There’s a big, 100-hectalitre (roughly, 85 barrel) production brewery churning out primarily Guinness Blonde for national distribution. We didn’t tour it and I’m not sure the public gets to. They also have a 10-barrel “experimental brewery” turning out all kinds of stuff for tap-room consumption­–hazy IPAs and all the rest. We took a stroll through to admire the “disco harp,” an image of the trademark Guinness harp that glows as it changes colors. 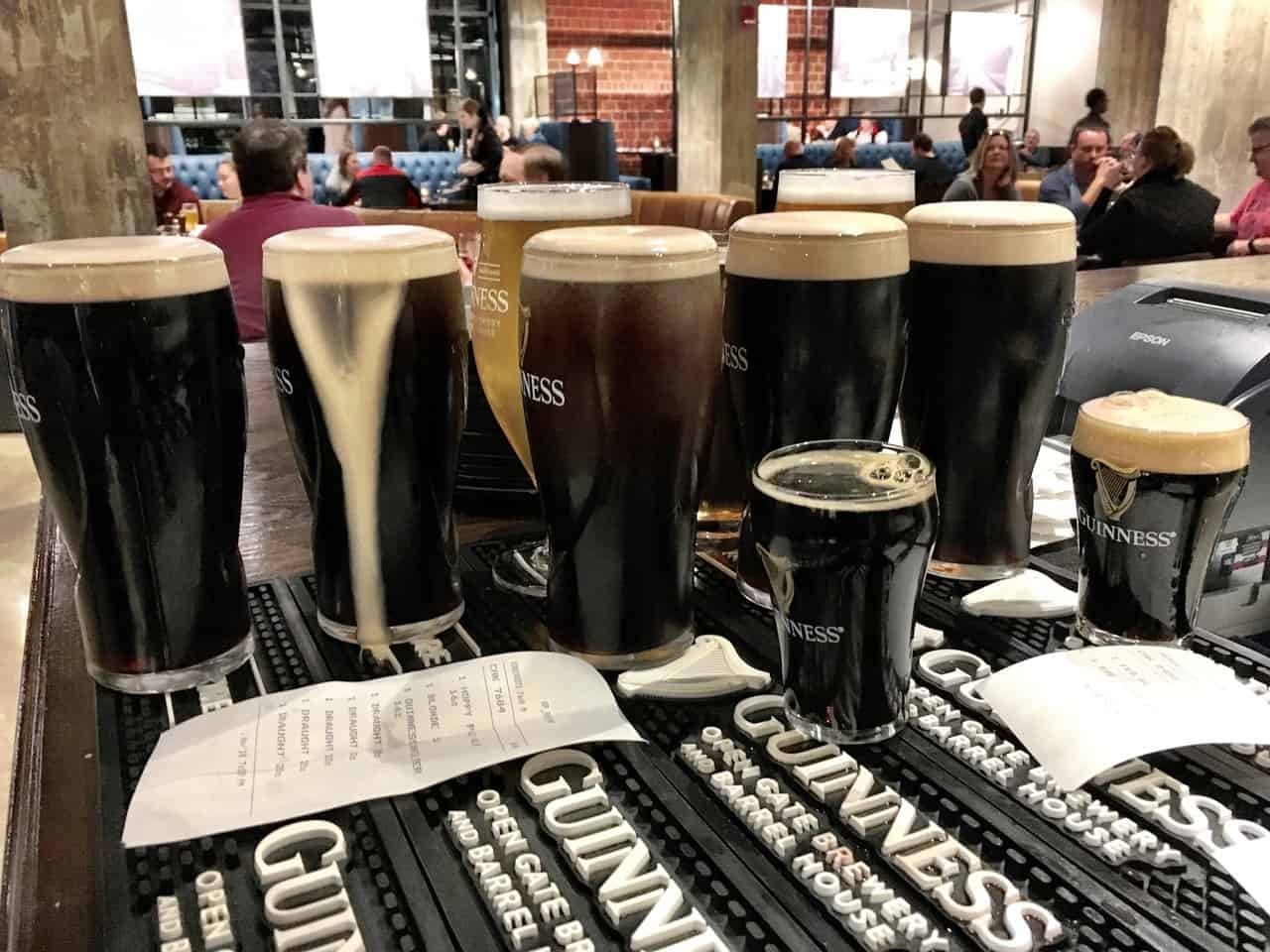 The taproom serves up stouts, ales, and lagers a go-go, both foreign and domestic.

In the tasting room, no fewer than eight different stouts are on offer. Yes, the flagships beers–Guinness Draught, Extra Stout and Foreign Extra Stout–continue to be made in Dublin (as is a special, 200th Anniversary Export Stout), but four Maryland-made stouts are nothing to sneeze at.

The best was probably the Rye Stout—peppery and rye-forward but with a clean and silky finish. More, please. The black currant stout was curiously purple and more tart then sweet—it might appeal to sour beer fans. The Milk Stout brought some sweetness to the dark party.

Finally, the Small Stout–or Baby Stout, as I heard it called–is a curious brew. The brewing science explanations got heady fast, but essentially, as head brewer Hollie Stephenson explained it (yes, it’s cool they have a woman in this role), they make two beers from one load of malt.

First, they make a big, boozy beer with a high-gravity wort (brewing-speak for a wort with lots of fermentables). After that is drawn off, the used grain is used again for a second beer. Enough fermentables are lurking within to feed the yeast and birth a milder brew. But there was nothing infantile about the resulting toasty brew with its hints of dark fruit, though it checks in at a sessionable 4.5 ABV. And where is its big brother, big beer? It’s aging in Bulleit Bourbon barrels. The resulting double-digit ABV imperial stout should be a flavor-bomb and will debut later.

An excuse to come back, perhaps?