Burke and Cetrano shared a love of home brewing and enjoyed sharing the results with friends and family. While Costner had never made beer, he had a background in finance and sales. And besides, he confesses, he is transitioning from being a bourbon aficionado to embracing beer.

The three collaborated to open Streetcar 82 Brewing Co. In a repurposed auto repair garage in Hyattsville. 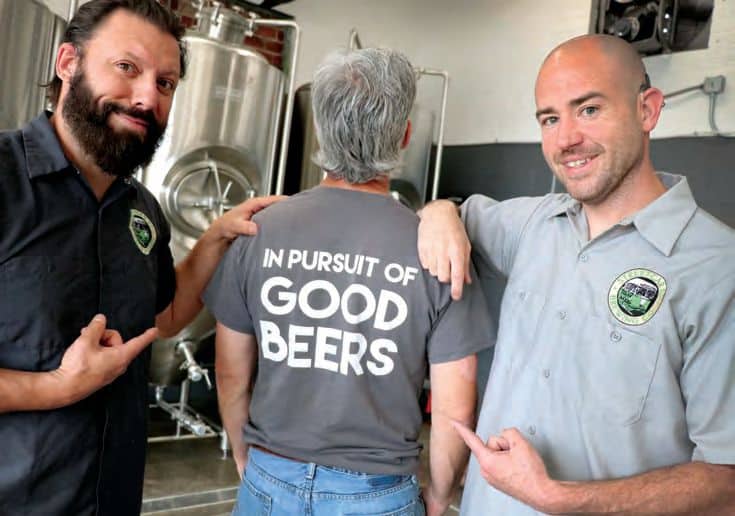 “We’re the only 100 percent deaf-owned and operated brewery in the eastern United States,” the partners reported via email. The goal, they say, is not just to make good beer, but create employment opportunities for deaf people in Maryland.

Streetcar 82’s regular events include an American Sign Language (ASL) Night which offers signing classes to Hyattsville’s hearing community. “It’s about neighbors, people becoming friendly, recognizing each other,” says Burke. “Our goal is for Streetcar 82 to become the unofficial town square,” taking advantage of the natural camaraderie many folks share around beer.

The brewery is named after the streetcar that stopped in Hyattsville on its run from downtown D.C. to College Park between 1888 and 1958. Costner and Cetrano call Burke, who has lived in Hyattsville for 10 years, “the unofficial mayor” of the town.

The team has had a lot of support from other local craft breweries, such as Franklins and Handsome Beer Co., both in Hyattsville.

According to the partners, Streetcar 82 is committed not only to deaf-owned businesses, but also looks to other minority-owned and small local vendors whenever possible.

The brewery focuses on small batch brews and primarily uses Belgian yeasts to create a range of Belgian-inspired styles, many with notes of fruit and spice.

For example, monastic yeast used for the Honey Blonde Ale gives it a light, fruit-forward flavor, and features honey produced at the nearby Hope Honey Farm. They are also planning a 100 percent Maryland-sourced beer that will use grains from Dark Cloud Malting, hops from Black Locust Farm and other products from New Brooklyn Farms in Mt. Rainier.