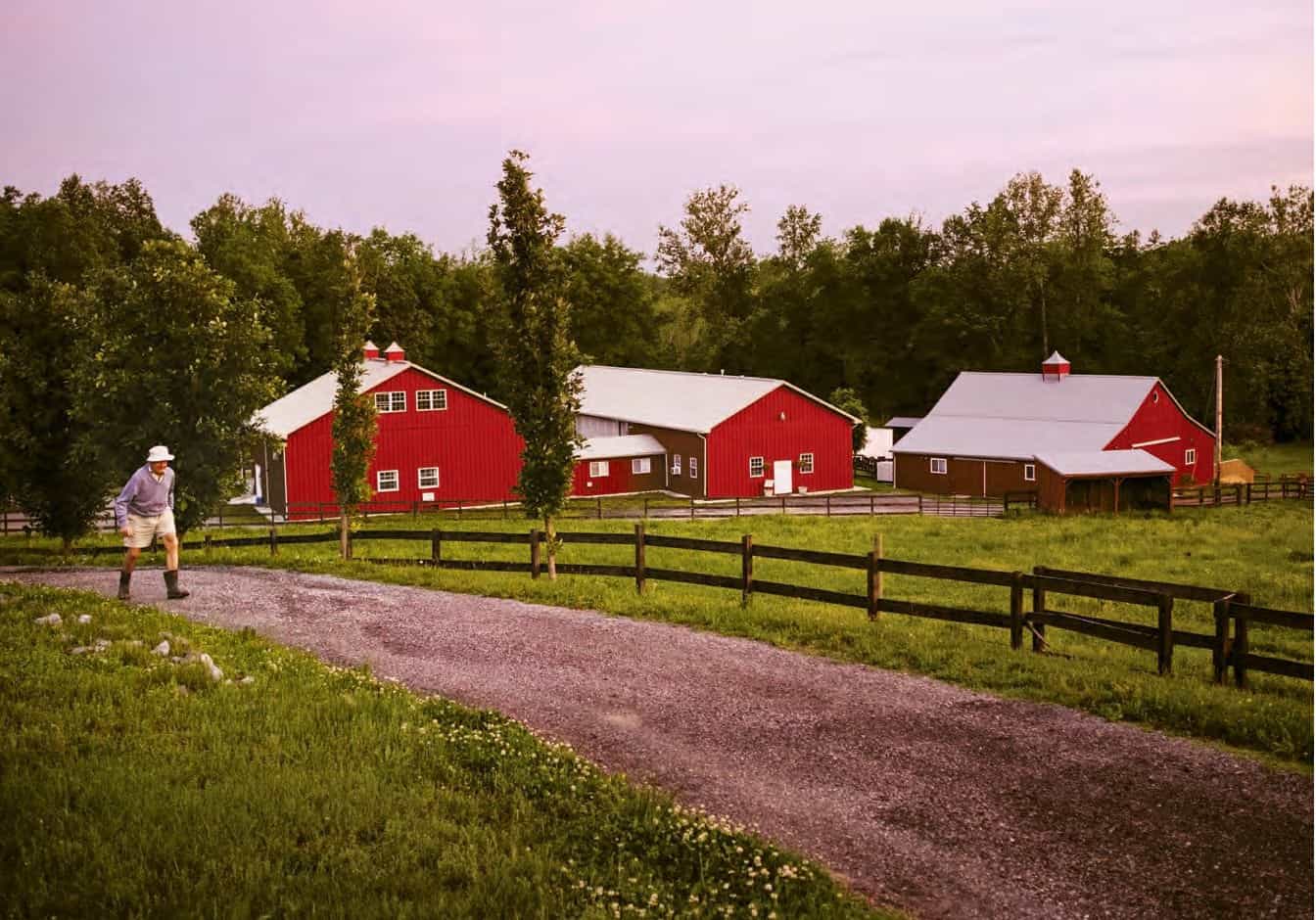 Geoffrey Morrel, 92, rises with the sun.

Sally Fallon Morell is a zealot about the benefits of raw milk and healthy fats derived from natural sources, subjects she covered in her the book, Nourishing Traditions, which she co-authored with nutritionist Mary Enig. Sally and her husband, Geoffrey Morell, live in a 19th-century farmhouse on a farm in Brandywine, Md., where they raise dairy cows, pigs and chickens. Geoffrey grew up on a pasture-based dairy farm in New Zealand. The farm store at PA Bowen Farmstead sells fresh, unpasteurized cows’ milk, which is labeled for pet consumption to comply with Maryland law. However, says Sally, “What the customers do with it is their business.” Sally also makes raw milk 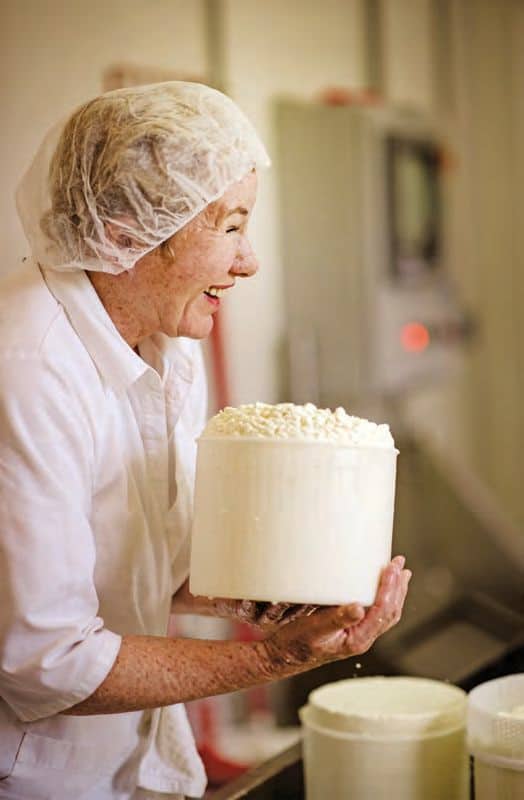 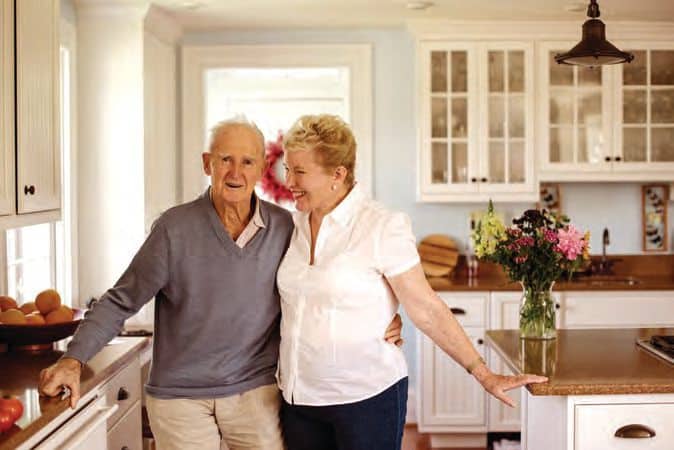 Sally founded the website realmilk.com in 1999, to provide resources to consumers, including places where raw milk can be purchased. The site lists more than 2,000 outlets in the U.S., a number she describes as “the tip of the iceberg.”

The cows are milked once a day, a practice that yields about 80 percent of the milk that would come from a twice-daily schedule, without sacrificing any of the wholesome butterfat, says Sally. Cows are milked directly into milk cans to avoid potential contamination from pipes. Once the milk has been transferred into the stainless steel vat for cheesemaking, paddles stir it to help lower the pH and separate the curds, or solids, from the whey. The whey is drained out and fed to the farm’s pigs, who live in the woods. Sally keeps careful records about every batch; each gallon of milk, she says, produces about one pound of cheese. 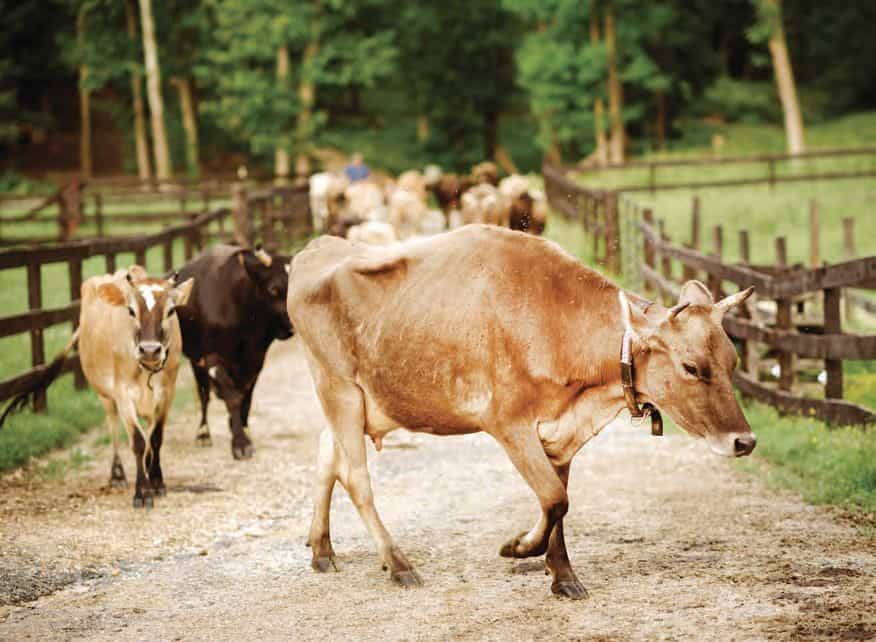 The farm has 18 dairy cows, plus calves and heifers.

Once the curds have settled a bit in their molds, Sally deftly flips the packed solids and returns them to the cylindrical container. The final step is storing the raw milk cheese in the aging room, where it is required (by Maryland law) to age for six months. Farm manager Brian Wort wraps cheese to sell in the farm’s shop, managed by his wife, Amy McCurdy, who is also the farms marketing manager. Along with cheese and raw “pet” milk, the store sells food and handmade items made locally. —Martha Thomas