From the Manor Born 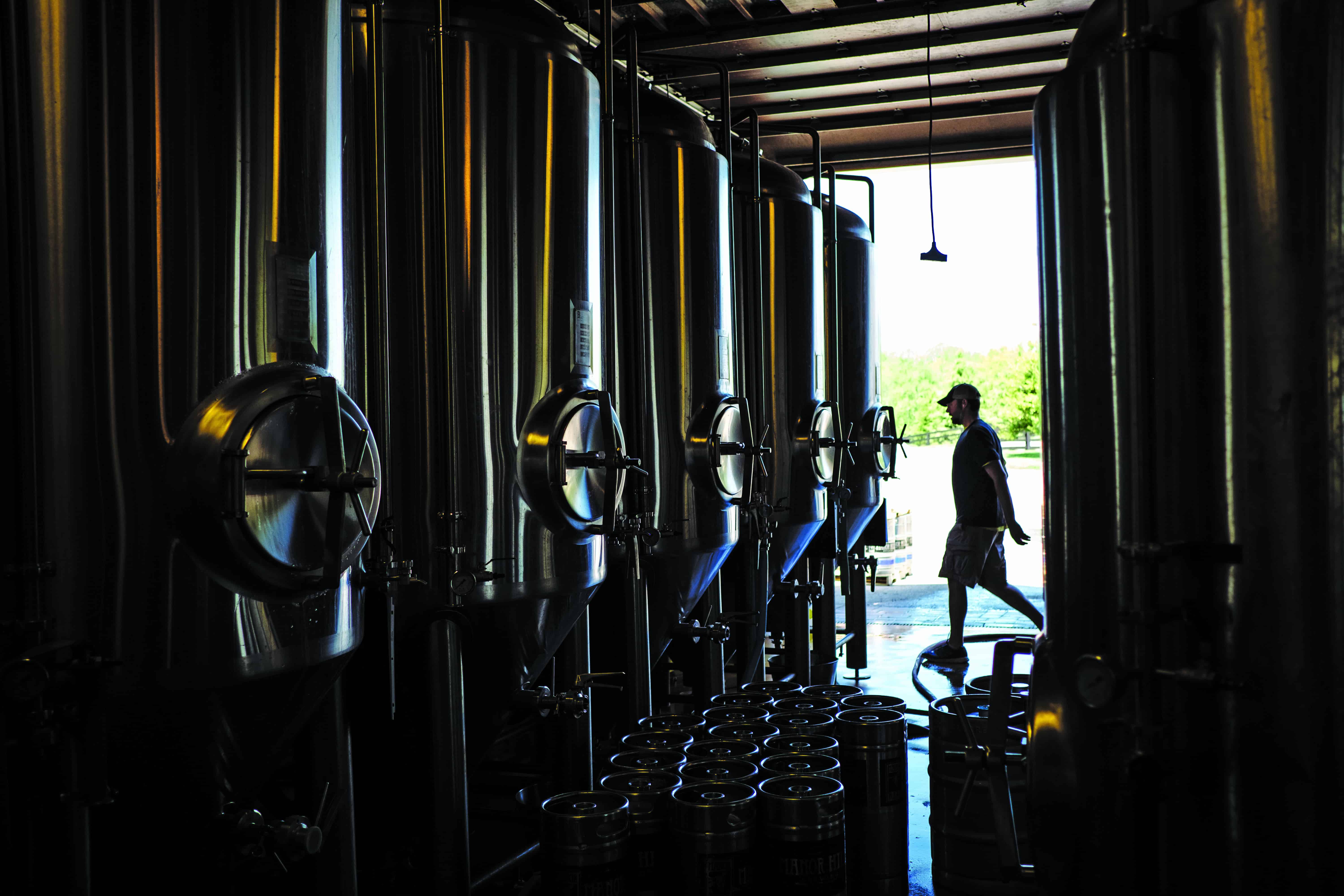 The Marriner Family’s Restaurants Tap Into Their Farm-based Brewery

Ellicott City’s Manor Lane can be thought of as a blacktop time machine. Head north along it and the subdivision bustle of Clarksville Pike fades in the rearview mirror and the land opens up and leafs out. The sleepy lane comes to an end at a swinging sign reading Manor Hill, which leads to a long driveway undulating across farmland framed by an old-growth tree line. Depending on the season, the meadow might be dotted with black Angus cattle and sweeping rows of corn. This pastoral visage is what most of Howard County looked like back in the day—before Ellicott City ballooned into a bedroom community and a certain developer began exploring the countryside with dreams of a new city.

But, look closer. This is not exactly granddad’s farmstead of yesteryear. The sprawling stucco farmhouse— replete with a standing-seam metal roof—might look 19th century, but it’s just a few years old. And back beyond the corn and cows are a couple of curious acres choc-a-bloc with poles strung with wires. It’s a hop field, and this is the home of Manor Hill brewing, the county’s first—and now the state’s largest—farm brewery. The retro house belongs to Randy and Mary Marriner who, along with daughters Victoria and Rachel, oversee the family’s three-pronged Victoria Restaurant Group: Columbia’s Victoria Gastro Pub, Ellicott City’s Manor Hill Tavern and the most recent addition, Food Plenty, a rustic-chic outpost for locavore comfort food in Clarksville. And at the geographic center of it all, their brewery and 54-acre farm where Mary herself raises dining-table-bound herbs and vegetables (squash blossoms!). Did I mention the flock of egg-laying chickens?

Some tumbledown outbuildings were transformed into a trim brewery with a handsome taproom featuring salvaged barn wood walls. I meet Randy Marriner here to learn how he became a suburban farmer and patriarch of the county’s first family of foodies. And here’s the thing: It all happened since he, technically, had retired. What’s more, the restaurant trade is something he never aspired to enter, the ale centric empire began with a wine bar, and three times (so far) he’s had to trundle over to Annapolis to get laws changed to allow it to happen at all.

“Green acres is the place for me,” Marriner sings playfully at the start. But then he pauses. “I’m not a true farmer,” he says. “No, I’m a business executive.”

For most of his working life that business was Marriner Communications, which he grew into one of the region’s busiest players in the advertising and marketing arena. He worked a lot with the hospitality industry and saw how competitive and thin-margined it can be. “You know, many operators were my clients,” Marriner says. “And to think that I would ever become a restaurant operator—oh, shoot me now. No way.”

He retired in 2005 to become what he calls, “a retiree investor. ” A brick-and-mortar opportunity came up that involved taking on a shuttered Bennigan’s in Columbia. Marriner’s plans to put a steakhouse in the space proved problematic so, almost on a whim, he showed it to the Iron Bridge chef, asking: “If you were king for a day, what would you do here?” His answer: a gastropub.

This British term gastropub (not well known here at the time) was born in the ‘90s when chefs across the Pond—those with more culinary ideas than capital—found entrée into the food world by buying fading pubs and amping up their menus beyond the ploughman’s plate and mushy peas. The concept had already jumped to New York, most famously at the West Village’s Spotted Pig, and the Marriners went up to the city for “a restaurant crawl” and concluded they should go gastro down here. 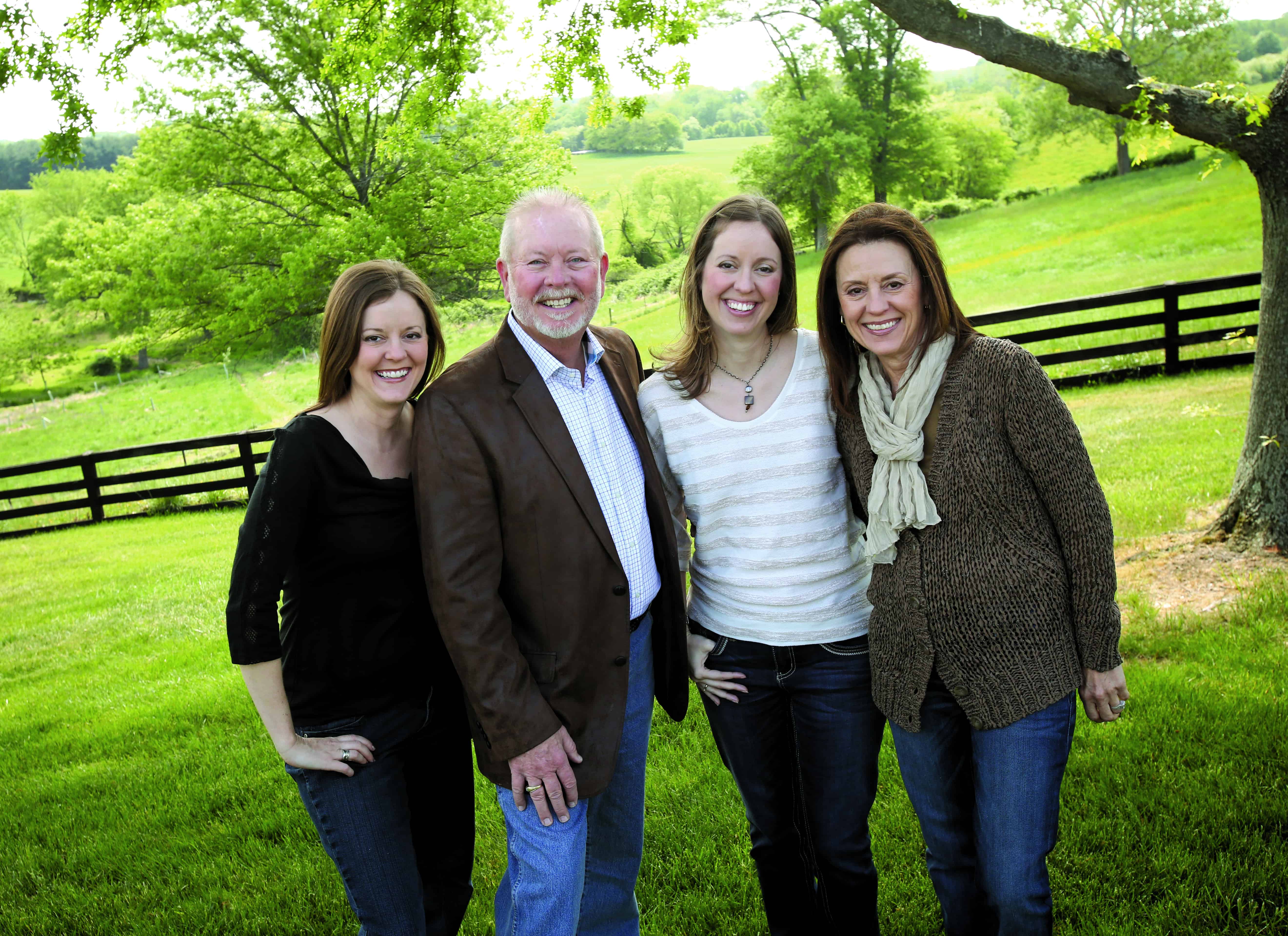 “I like being first at things and we were the first gastropub in the mid- Atlantic,” Marriner says. “Nobody was familiar with the term so we were able to define it. It’s the marriage of gastronomy— which is all things food—to a public house’s casual bar environment. Basically, bar food on steroids.” Still, the place took some ribbing when it debuted in 2006. “Sounds too medical to be appealing,” a Sun food critic wrote. But the pub—with its 24 craft beer taps and up-tweaked classics, such as duck fat fries and a wild boar grilled cheese—thrives.

By 2012, the Marriners had acquired the farm and begun erecting their dream house (which Mary designed). The quiet life might have come at last had Mary not read about a married pair of Colorado restaurateurs living on a 50-acre farm who also ran a brewery. “That’s us!” she exclaimed (Or, it could be, she reasoned.). As it happened, her husband was fresh back from Annapolis—to get a law passed allowing growler sales at the pub. While at the state capital, he had heard about a new farm brewery bill that required license holders to grow a certain percentage of their ingredients— hops, grain, flavorings—on site.

The family broke ground on Manor Hill Brewing immediately. Uh, not exactly. First Randy Marriner returned to Annapolis to tweak the laws so the family could own both a pub and a farm brewery. (State booze laws enacted after Prohibition work to forcibly separate alcohol manufacturers, distributors and retailers.) Brewing began in 2015, and Manor Hill now turns out some 5,000 barrels a year. They specialize in hop-forward beers—IPAs, double IPA, triple IPAs—but the main line includes a pilsner and a refreshing grisette, a saison-like farmhouse ale. Both farm-grown hops and corn go into some of the beers. A canning line was added last year. The taproom is open three days a week but you need to make an appointment for tours and tastings.

Meanwhile, Marriner says Manor Hill Tavern opened last year (in the former Diamondback Tavern) as a “branding opportunity.” In Britain you might call it a “tied house”—a pub exclusively selling one brand of beer— which patrons in Ellicott City drink with wood-fired pizzas. The flood that devastated the town’s Main Street in May didn’t affect the tavern. Even though the restaurant was closed to the public, Marriner opened the tavern during the day to offer water, free Mike Buscher Photography continued from page 24 lunches and restrooms to volunteers and business owners.

Food Plenty was added to the lineup last year as well. “All of our restaurant recipes try to use locally sourced ingredients,” Marriner says. “But we never use the term farm-to-table because it’s passé.” Even so, he says, “We do walk the walk.” Some 40 percent of the farm brewery’s production gets knocked back at the family’s eateries, contributing to somewhat of a problem. “I can’t make enough beer,” Marriner says. “We have accounts that are screaming they can’t get our beer.”

And so, he recently again went over to Annapolis for a law tweak, this time to allow them to open a production brewery elsewhere in the county. They hope to have a site selected this year. “We will make our specialty beers here on the farm and move the production of the beer we’re selling every day to the new space,” Marriner says.

And the hops aren’t going anywhere. Jason Gotcher, head of brewing operations, takes me on a tour of the hop field. On this chilly spring visit, the perennial vines are just starting to poke back out of the soil. The overhead lines of steel cable will soon be hung with coarse coconut husk twine for the vines to scramble up. The two-acre field is planted with Cascade, Nugget, Chinook and Centennial varieties whose pinecone-like flowers will be harvested for brewery use in late summer. “We are by no means hop farmers,” Gotcher says. “None of us are experts but it’s still a cool feature for guests to look at and there’s an education component to it.”

Taking in the pastoral serenity beyond the hops, it’s easy to forget that minutes before turning onto Manor Lane, I was on I-70. This farm is so close yet so far. I mean, that hawk making lazy circles overhead only needs to fly about two miles south to be over Columbia Town Center. This is a real oasis of quietude, as Gotcher is well aware.

“With all the hard effort involved in this whole process,” he says, staring across the green expanse, “it’s still a privilege to come out here every day and call this work.”

For Tori Marriner Buscher—like so many Americans of a certain era—the epitome of comfort food is a grilled cheese sandwich and a cup of tomato soup. “Whenever I’m grumpy, I gravitate to making that,” says Buscher, whose business card reads “chief experience officer” for her family’s business, the Victoria Restaurant Group. 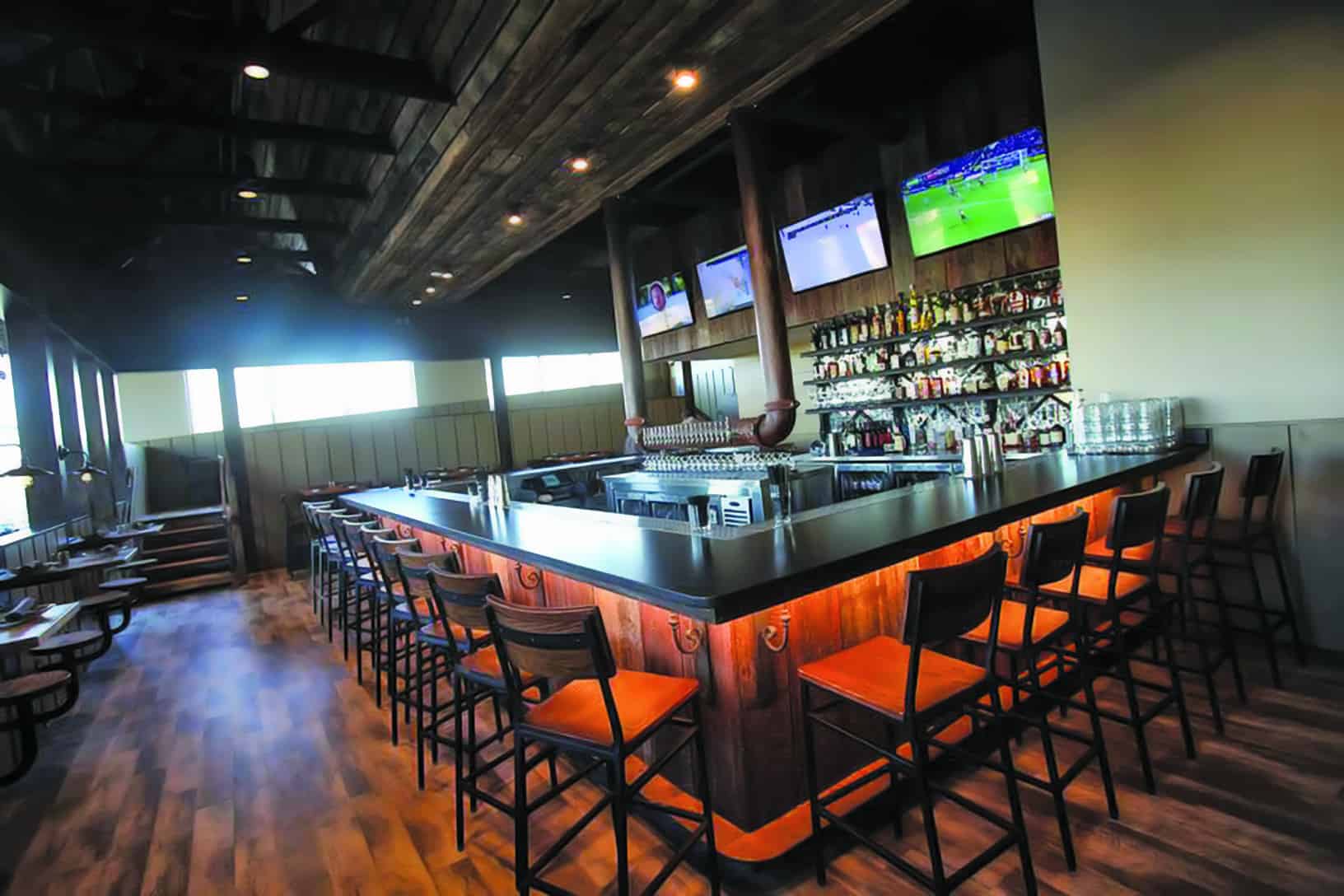 The bar at Food Plenty in Clarksville serves Manor Hill beer on tap.

Tasked with creating a menu of updated comfort food for the company’s restaurant, Food Plenty, Executive Chef Chad Wells reinterpreted Buscher’s go-to. A double-decker grilled cheese, Buscher says, is “smushed together into a BLT and served with an amazing roasted tomato soup.” It’s just one item on a list that includes shrimp and grits, cobb salad with local strip steak and cornbread served in a cast iron pan.

Food Plenty, which opened in December, 2017, repurposes more than classic dishes. The building itself was created from wood beams and doors rescued from dismantled barns in Carroll County, says Buscher. And local food sources range from farms across the region to the planters on the patio growing local herbs.

The 300-plus seat restaurant, Buscher says, “is our biggest adventure yet.” But even so, the restaurant group likes to keep things close to home. – Martha Thomas