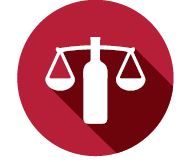 In the last year, there was a lot of buzz about proposed craft beer legislation in Annapolis. Two competing bills brought about some confusion.

To understand the fracas, we need to go back to House Bill 1283, passed in the 2017 legislative session, which quadrupled the barrel limit for taproom sales at Class 5 breweries (which means pretty much all of the craft brewers) from 500 barrels (or nearly 7,000 cases) a year, to 2,000 barrels a year. Many saw the passage of HB 1283 as clearing the way for the large-scale Guinness brewery in Halethorpe, even though it came with some new restrictions on hours.

Even so, that law left room for improvement. Many of the state’s craft brewers were looking for more relief from regulations.

Enter this year’s Reform on Tap Act (HB 518) advocated by Maryland Comptroller Peter Franchot. The bill proposed removing limits on beer production and further easing restrictions on craft breweries, thus bringing Maryland’s laws more in line with neighboring states. For example the bill would eliminate the so-called “buy back” rule—which means that if a taproom blows through its allotted barrels and wants to sell more that year, it must purchase its own beer back from its distributors (at a markup). The bill also eliminated restrictions on taprooms’ take-home sales—which is currently limited to one case per visitor per visit.

HB 518 had strong support from local government officials throughout Maryland, the Brewers Association of Maryland (BAM) and also many local craft beer lovers. Its principle opposition came from distributors and retail beverage outlets. 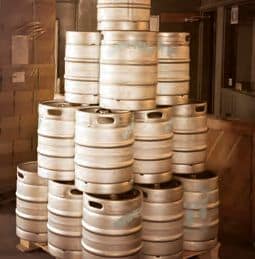 The second proposed bill, HB 1052, sponsored by delegates Dereck Davis, a Democrat from Prince Georges County and Baltimore City Democrat Talmadge Branch, would return the taproom sales limit to 500 barrels a year, while keeping a loophole allowing Guinness brewery to maintain the higher limits. Many figured the second bill was written primarily to quash the first.

The furor over the bills called the future of Maryland’s craft beer industry into question. Rumors swirled about beer makers putting their plans for growth on hold or leaving the state entirely. Some reported being tapped by neighboring states to relocate to more beer-friendly climes.

Which leaves many craft beer lovers wondering what happens now. Is it all over, or will craft breweries continue the fight to ease restrictions for growth?

Current laws inhibit smaller breweries’ ability to make money by selling directly to consumers, says Mike Scarborough, owner of Calvert Brewing in Prince Georges County. Scarborough explains the regulations can create hurdles for growth: “If I’m successful in my taproom at Calvert Brewing, and sell more than 2,000 barrels of beer, I then have to go to a wholesaler and buy my own beer back and to resell it.”

And if you wanted to stop by for a few cases of beer to take home for a party, it’s not a simple process. You will be required to take a tour before you can purchase your case of beer. And if you want a second case, you’ll have to return later and take another tour.

The Brewers Association of Maryland has vowed to fight on in the next legislative session. Kevin Atticks, executive director of BAM, says advocates must continue to strengthen relationships with state lawmakers while emphasizing the positive economic benefits of craft breweries.

In spite of its challenges, the Maryland craft brewing industry—mostly comprising small family businesses– continues to grow. A 2016 economic impact study by the Maryland Bureau of Revenue Estimates found the industry employed more than 6,500 people and had an overall economic impact of more than $630 million. But those numbers put Maryland’s craft beer industry at 47th among the 50 states– even as the National Brewers Association ranked Maryland’s number of breweries at 36th in the nation.

Many breweries are located in urban settings, are easily accessible and have a positive effect on surrounding businesses. But the current restrictions limit growth, rather than encouraging it.

Locally produced craft beer has plenty of room to expand, but, many believe, only if restrictions on beer production and sales—both taproom and takehome—are removed. This is an issue that will continue to evolve and we will follow it closely during the upcoming Maryland legislative session. —Mike Cullison

Mike Cullison’s many years in the beverage industry have included gigs as beverage supervisor for a hotel, wine shop owner, salesman for a distributor and manager of a local winery. He shares his passion for local craft beverages hosting the “Thirsty Maryland” podcast.