What, you didn’t know we have a state butterfly? 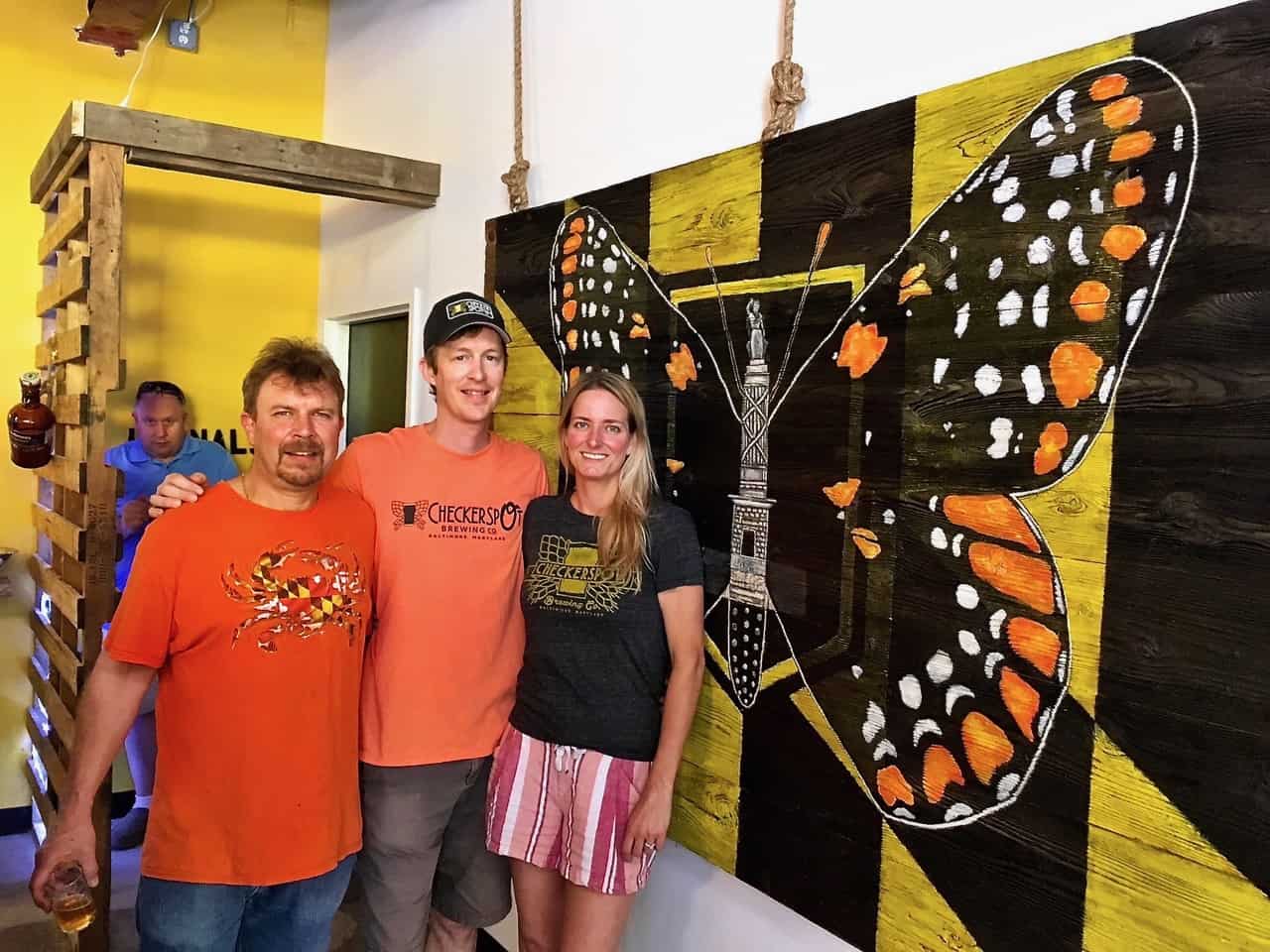 The beautiful black and gold butterfly known as the Baltimore Checkerspot has been the Maryland State Insect since 1973. Now, you can be forgiven if you didn’t know we even had an official state bug. But if you’re a fan of local craft beer, you’d be remiss to overlook the arrival of South Baltimore’s Checkerspot Brewing, which opened its doors and taps for the first time on June 30.

The 15-barrel brewhouse and taproom face the I-395 pilings just south of the Sharp-Leadenhall neighborhood, spitting distance from M&T Bank Stadium. They opened with a splash—nearly a dozen different beers on hand, including a pair of cask offerings. A kettle sour with local fruit? A milk stout made with crab shells? An IPA flavored with juniper? A crushable cream ale? Suffice it to say, their brewing focus is not to have a distinct focus.

“We’re trying put out something for everyone so when you come in you sure to find a beer you like,” says brewer Judy Neff, who co-owns Checkerspot along with her husband Rob Neff (who handles sales) and fellow brewer Steve Marsh (who formerly worked the malt and hops at Heavy Seas where he was known as “the cask whisperer” for his penchant for cask building). 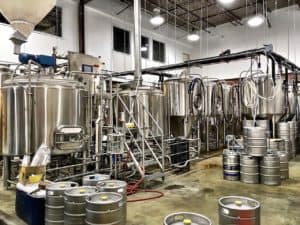 Many of Checkerspots offerings use the word “local.”

If anything connects the diverse liquid offerings it’s how often “local” pops up on the beer list descriptors. Indeed, the aforementioned kettle sour is called Locally Delicious and is entirely made with Mid-Atlantic ingredients—barley, wheat, hops, yeast, and two kinds of fruit. And then there’s 2 Paws 2 incorporating the most delicious local fruit you’ve never heard of: Pawpaws. These mango-sized, tropical-tasting fruits grow wild in parts of Maryland and are beginning to be commercially grown at orchards as well. Pawpaws have been dubbed the “poor man’s banana” for their soft flesh and exotic, kiwi-meets-banana-meets-mango taste. Alas, the fruits, which are harvested in September, have an exceedingly short shelf life and so they don’t travel to market well. “Yeah, they last about a minute,” says Marsh. “But we managed to freeze some for adding to our beer.” (It must be said, the crisp, subtly fruity beer–a collaboration with Frederick’s Flying Dog–went down exceedingly well on the broiling-hot debut weekend.) 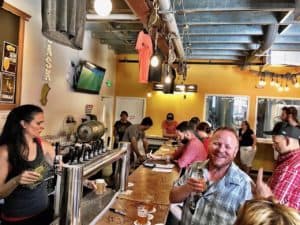 Oh, and that crab beer? Turns out it really is just the shells—cleaned and sterilized—that are used. No backfin or Old Bay. “It’s a play on an oyster stout,” Judy Neff says. “The shells add a minerality and a roundness.” Checkerspot currently plans to self-distribute keg and cask beer throughout the Baltimore area; bringing in a mobile canning line is also a future possibility. The tap room, which offers both crowler and growler sales, is open noon to midnight Fridays and Saturdays and noon to 8 p.m. Sundays.

This state-insect honoring brewery joins Locust Point’s Diamondback Brewing, named for our state reptile, the diamondback terrapin. Hmmm … might Astrodon Ales be the next to open? You see, the 60-foot long Astrodon Johnstoni is our state dinosaur.