(We’re pretty sure these guys are loving all the wordplay)

We stopped at the Blue Pit BBQ in Woodberry the other night to try some of Baltimore Whiskey Company’s Epoch Rye–the first rye to be distilled in Baltimore City in 75 years. That sounds pretty epic. 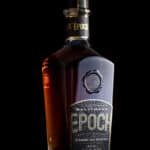 The  epic rye we’ve all been waiting for.

The limited release had been mostly depleted after tastings at the BWC’s Remington distillery, but the company sent a few bottles to Dave Newman, pit master and chef at Blue Pit (the name has something to do with the owners’ rescue dogs).

Newman is a good friend to the BWC, says Max Lents, co-owner with Ian Newton, and Eli Breitburg-Smith. For one, the restaurant’s whiskey-focused bar has long embraced the BWC’s  gin, apple brandies and amaro. For another, says Lents, “For the first couple of years we were smoking our apple cores and peels on the Blue Pit smoker after hours.”

“We took our time,” says Lents. The trio began distilling its first batch in 2015. But that’s nothing. Baltimore’s been waiting for this Epoch Rye for 75 years.

Visit Baltimore Whiskey Company (and taste the goods) when it opens its new operations and tasting room at Union Collective , in the next few weeks. 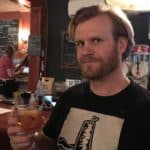 We hear the next epic Epoch release will be part of the opening festivities.