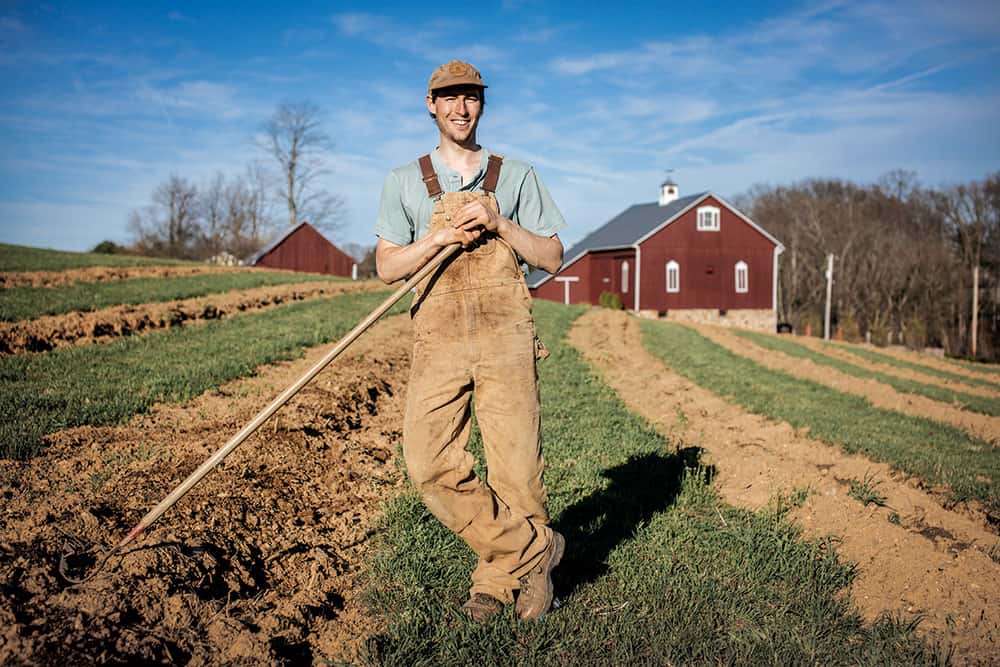 At Star Bright Farm, lavender and blueberries set the tone

Peter Elmore and his family (brother Patrick, Parents, Helen Norman and Mark Elmore) own Star Bright Farm in White Hall. Peter’s parents purchased the 130-acre farm in 1994, when he was a toddler. Now, after studying ecological agriculture at the University of Vermont and working at several farms in Vermont, Oregon and Maryland (including his aunt and uncle’s nearby One Straw), Elmore has returned home. Last summer Elmore began planting lavender, blueberries and herbs on the farm, crops that are transformed into soaps, lotions, jams and other goods. The products have been beautifully photographed for sale online by Helen Norman, whose work has appeared in Martha Stewart Living, Metropolitan Home and many other publications (and now, this one). Star Bright recently received permission from the local zoning commission to operate a small shop in the farm’s 19th-century stone barn. The farm was also granted permission to host events like workshops, yoga classes and farm-to-table dinners in conjunction with the market.

Q Do you find that more young people are returning to small family farms?

There’s a revived interest in farming— in my generation at least. A new creative class is getting involved. Now former art students and English majors are translating creative, novel ways of thinking into land management and crop production.

Q Do you find that nonfarmers are also curious about farming?

The farm is the starting point of culture. People are interested in where their food comes from, they want to know about the origins and authenticity of things. The farm itself is drawing interest, people want to see where it’s all done.

Q Like those Portlandia people rushing off to meet the chicken?

Yes, there’s some validity to that. You don’t have to name the chicken.

Q Is it easier to succeed if you offer diverse products?

You can do a lot with a small amount of space. The whole diversified approach lends itself so well to holistic land management. Rather than growing the same thing over and over, planting a lot of different things can keep the soil healthy. As long as you are mindful and consistent.

Q At Bright Star, how have hosting events become part of your business model?

We petitioned county zoning to have a farm market in our barn, to sell our raw material and our value-added goods, along with a certain number of locally made products. We got passed for all that. Attached to this hearing was the right to have accessory events related to the store, such as farm-to-table dinners or workshops. For example, we have workshops on how to use lavender for soap-making, or how to use herbs to teach people to be creative with what comes out of the land.

Weddings aren’t part of our business plan, it’s not what we are trying to do as a farm. The judge confirmed that we have the right to have weddings for the family, or some of our close friends. I have a bunch of friends who feel attached to the farm and may want to get married here. We’ve put forth that we have a right to have a party for our friends without getting scrutinized.

It’s such a touchy thing. The way it came up is I had said weddings aren’t part of our business model, so the court document that followed said ‘no weddings.’ We wanted to clarify and say: If I want to get married here I should be able to get married here. 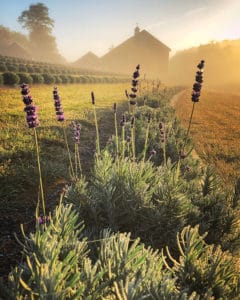 Q How many acres have you planted for your lavender business?

The lavender is about half an acre. We also have six different varieties of high bush blueberries on about an acre and we’re doing a mixed market garden with some herbs for distillation to make extracts, and about half an acre of vegetables. Star Bright is looking at 3.5 acres of cultivation

Q Do you expect to make a living with such a small area?

I know that an organic vegetable farm can expect about $16-$20,000 an acre. We’re looking at doing a lot of value-added, so we’re hoping to gross somewhere around $50k an acre to start with. It’ll take a lot of work. Then we’ll reinvest to expand. We’re working with other businesses, like PriaMeansLove— Priya Narasimhan makes the soap, body lotion and scrubs.

There is a huge array of products we can make from lavender. It’s a really flexible crop. We chose that as our first because it’s really hardy to climate, it grows quickly and it has a strong yield. And it fits well into the landscape–the soil is rocky and we’re on a hill, so it gets a lot of wind. This variety of lavender tolerates these kinds of conditions really well.

Q I always think of lavender as something from the south of France.

The lavender we’re growing was bred in Buck’s County, Pennsylvania, by a friend of my mom’s, Niko Christou, who owned Carousel Lavender Farm. Years ago, my mom did a story about his farm with Martha Stewart. Coincidentally, as I moved home from Oregon, Niko was selling his farm, so we bought a bunch of propagated plant starts from his lavender. That’s what we have planted on his field. It’s a hybrid of Provence and French lavender.

Q How will you distribute the lavender products?

For now, given our volume, we’re going to do most of the sales from the farm. We’re promoting our space as much as our product. We’re not just about what we grow. It’s also about where we are and how we’re growing it. Our landscape management, how the whole system works, is part of our selling point, and I think you lose that if you’re not in the space itself. 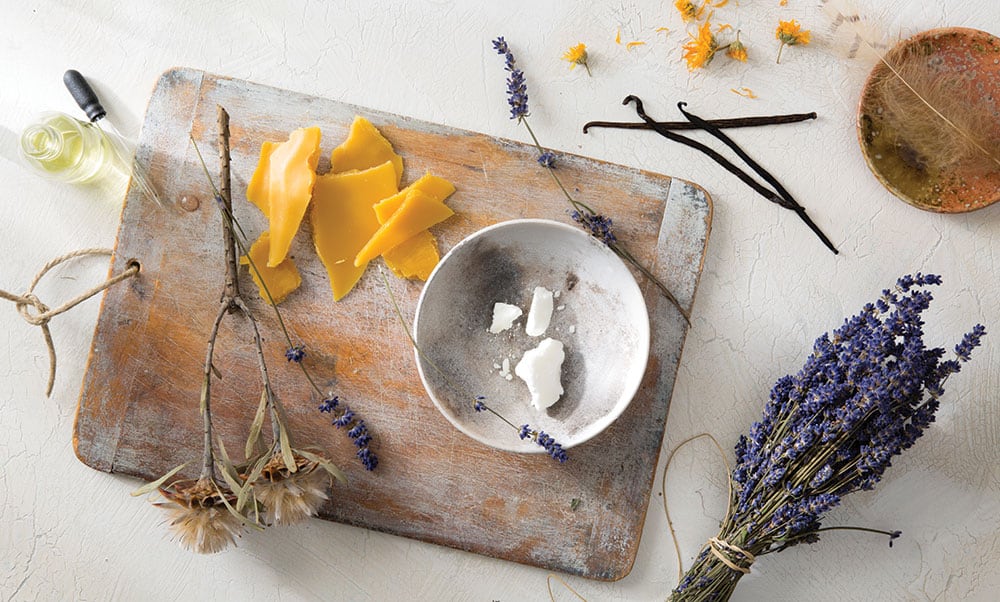 Q What if West Elm came to you and said we want to sell your soap in our stores?

I think we could sell the soap through them. It comes down to the legal parameters, making sure your labeling is up to code with FDA regulations, making sure you’re not going to get a recall because you mislabeled something. It’s a lot easier for cosmetics and body products than food. It’s making sure we cross our T’s and dot our I’s.

Q If I go to West Elm or Trohv in Hampden to get a gift for someone, I’m happy to spend more on a bar of soap than I’d spend at CVS. It’s easier when things are beautifully merchandised.

Exactly. Context means everything to what you’re selling. Our products tend to be higher end, so we will gravitate toward those stores.

Q Do you have any wholesale buyers?

We’ve been talking with a potential wholesale account, the Ivy Hotel. They would buy linen spray for blankets and linens and to keep in the rooms as air freshener, and put the body scrub in their bathrooms. They’re small enough that we can handle the account. We can refill what they need. Rather than shoot from the hip, we want to shoot with a sure eye.